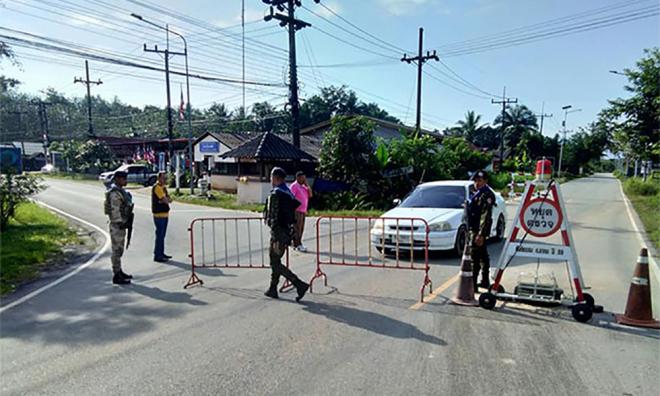 Bomb blasts in Southern Thailand, no loss of life

At least 10 explosions rocked the turbulent Phatthalung and Satun provinces in Southern Thailand from last night until early this morning.

No loss of life was reported but the explosions had resulted in damages to buildings and vehicles.

At least six bombs went off in the Pak Phayun District, Phatthalung Province between 2am to 4am (local times) on Sunday and one bomb was destroyed. The Phatthalung province is 200km from Pattani.

The local media reported that the explosions took place at several locations in the Pak Phayun District including several retail outlets, a bicycle shop in Tambon, Don Prahu and a garbage bin near a kindergarten.

Muang Satun police chief Pacharapol Na Nakorn said, in the first incident at 10.14pm (local time), a bomb was believed to have exploded in a dustbin in front of the Satun police station.

In the second incident at about 10.50pm (local time), he said a bomb exploded in the parking lot of the police station and it was believed to have been fixed to a motorcycle before being set off.

“The bomb used was believed to be a home-made bomb. No bomb fragments were found,’’ he said.

A preliminary police report found that five cars and scores of motorcycles at the parking lot and nearby buildings were damaged.

In addition, two bombs went off outside a retail outlet in Khlong Khud at about 4.20am and 5.10am, respectively, while a third was destroyed.

The local authorities had held a meeting to monitor and tighten control in the turbulent provinces.

Meanwhile, Malaysians travelling to Thailand or those residing in that country are advised to remain vigilant and exercise caution at all times following a series of explosions.

"Malaysians travelling to or residing in Thailand are encouraged to register themselves with the Embassy of Malaysia in Bangkok or the consulate general of Malaysia in Songkhla. The registration can be done either by email or fax," Foreign Ministry said the statement.