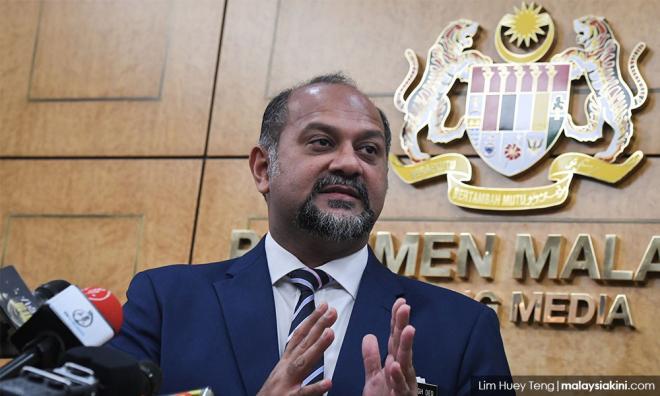 News portals should be responsible for readers' comments - Gobind

The Communications and Multimedia Ministry is considering taking action against news portal operators who allow their readers to leave comments that touch on racial, religious and royal institution sensitivities.

Its minister Gobind Singh Deo said if the portal operators failed to monitor and allowed such comments on their portals, it was feared that these comments could incur the wrath of various parties and cause bigger problems.

“I have received many complaints from members of the public who also lamented that there seemed to be no monitoring by the operators of the readers’ comments posted on their portals.

“I am considering whether there is a need to formulate a law on this aspect. It is still under consideration and has not been brought to the cabinet (meeting) yet,” he told reporters at the Parliament lobby today.

He was asked to comment on the speech by Yang di-Pertuan Agong Sultan Abdullah Sultan Ahmad Shah at the opening of the first meeting, second session of the 14th Parliament.

In the speech, the king called for stern action be taken, including against the irresponsible use of social media, which could threaten peace and harmony in the country.

Gobind also asked that news portal operators be more careful and take full responsibility for what is written on the comment section of their portals to avoid creating any problem.

The portal operators should also post news of high value and that could help strengthen national unity, he said.

“It is clear from the message in the address by His Majesty that it is understandable in this era, we depend on social media but at the same time, we need to always give priority to national unity and security,” he said.

Meanwhile, Gobind said his ministry had prepared some amendments to the law and hopefully, these could be tabled at the current parliamentary session, but he did not elaborate on the matter.

“I hope I will have time to table the amendments at this sitting. I will make a public announcement on these amendments if can be tabled this time,” he added.