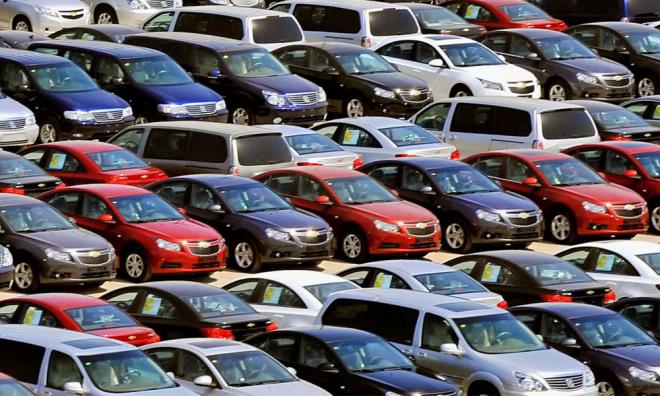 The International Trade and Industry Ministry (Miti) is expected to issue a statement regarding an allegation in an automotive portal that Putrajaya approved 38 new approved permit holders.

Deputy Minister Ong Kian Ming confirmed this to Malaysiakini today when asked about updates to the case.

Last week, Ong said he was attempting to verify the claim with the ministry's AP division.

"Miti will be issuing a statement on this issue soon," he said, adding that an announcement is expected by the end of the week.

In an article published last Thursday, automotive portal DS&F (Drive Safe and Fast) said it learned of the awarding of new APs from a long-established holder.

“He has confirmed to us there are now 38 new AP holders in Malaysia. Yes, the new government has granted 38 new car importers the 'right' to make 'easy' money.

“From what we have found out, most of the new 38 AP holders have already started talking to established AP holders to 'buy' their APs as they are not in the car business, and instead just want a fee of RM18,000 to RM22,000 for one (each) AP,” the portal said.

According to DS&F, the annual AP quota for established, long-term holders has been reduced to accommodate new players.

“(This) means the total number of APs circulating remains the same, and it is just that the AP wealth is now spread evenly, with 38 new players who are mostly just selling their APs and not doing the import business."

In an interview with BFM last November, Ong said Putrajaya had no plans to abolish the AP system, but would review it to ensure there is no abuse.

“There are no plans right now to abolish the AP system. What we are trying to do is to review the system so that you don't have a situation where 'Ali Babas' are being used in the AP process – whereby people just apply for these APs, sit on it and sell it to somebody else at an inflated price.

“We are trying to review the process so that legit players are the ones that really contribute to the AP process of selling cars, which cannot be assembled on a CKD basis,” he added.

Speaking at the Future of the Bumiputera and Nation Congress last September, Prime Minister Dr Mahathir Mohamad said in the past, numerous business opportunities had been given to bumiputera under the New Economic Policy, but many sold their contracts and APs for profit.

Therefore, he said the government would cancel the contracts and APs given to them if sold to a third party.

During his first tenure as prime minister, Mahathir's administration was plagued by an AP scandal involving former minister Rafidah Aziz.

Two years after his retirement in 2003, the two locked horns over the issue, where Mahathir accused Rafidah – who later campaigned for him in the run-up to the 14th general election – of misleading Umno delegates on the AP issue.

In a lengthy statement then, Mahathir had responded to Rafidah alluding that he might not remember certain facts.

"Although I am already 80 years old, I am not senile,” he had said.

Mahathir had also claimed that APs had only enriched certain individuals, and noted how there were two or three individuals without showrooms who obtained thousands of such permits.