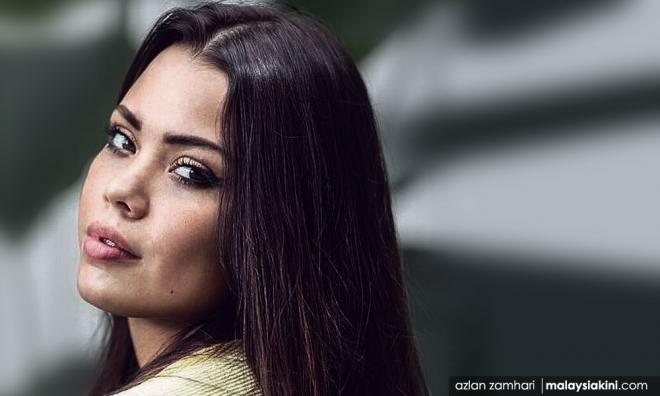 The family of late model Ivana Esther Robert Smit today filed an application to overturn the Coroner's Court ruling that a “misadventure" had caused her death.

The revision application, under Section 323 of the Criminal Procedure Code, was filed at the Kuala Lumpur High Court Registry at 4.15pm.

Having held a watching brief for the Smits in the inquest into the cause of the 19-year-old model's death, lawyer SN Nair said there was sufficient evidence for the coroner to have reached a verdict of homicide.

“Though the learned coroner has got her findings in full concurrence with our submissions, nevertheless she came to the wrong conclusion that it was a misadventure.

“While we contend that from all her findings from the body of evidence, she ought to have given a verdict of homicide or unlawful killing.

“Our contention is that this verdict will fall well with the overall evidence given throughout the inquest,” the lawyer said in a statement.

Among the listed grounds for the revision application are that the police did conduct an in-depth interrogation of two individuals who, according to Nair, should have been made suspects in the alleged homicide.

“And by not doing so they, deliberately or otherwise, gave the two a chance to flee from Malaysia.

“And despite being subpoenaed to appear at the inquest, the duo had refused to attend the inquest, giving rise to imputations of some level of culpability,” he said without naming the two individuals.

Nair was believed to be referring to American Alex Johnson and Kazakh national Luna Almaz, the owners of the 20th-level condominium unit of CapSquare Residences in Kuala Lumpur, where Smit stayed before her death two years ago.

“The learned coroner has agreed with the findings and opinion of Dutch pathologist Dr Frank Van Der Goot that (Smit’s) death occurred earlier at the duo's apartment itself due to hypothermia and trauma on the back of her head, grab marks (on Smit's body), and Johnson's DNA under Smit's fingernails...” he said.

Nair claimed that the officer investigating Smit's death, Faizal Abdullah, had been incompetent and lacked credibility by not opening a proper investigation paper.

He alleged that Faizal had instead carried on investigations under a sudden death report (SDR), and continued treating her death as a suicide despite overwhelming evidence to the contrary.

Another ground for the revision application, Nair added, was the purported incompetence of Kuala Lumpur Hospital pathologist Dr Nurliza Abdullah in making an assumption that the death was a suicide without being present at the scene of the incident.

The lawyer claimed that Nurliza's incompetence was also seen in her demeanour in court during the inquest, compounded by that of another HKL pathologist, Dr Zunaizah Hilmi – also listed as grounds for revision.

“Normally, the High Court judge will call upon us as solicitors and the deputy public prosecutor to present arguments either in writing or by oral submissions or both, at a date to be determined by the court, which may take one month or two,” he said in reference to the sought revision application.

Last Friday, coroner Mahyon Talib issued a misadventure verdict in Smit's death, who fell from the unit in 2017. "Misadventure" refers to death caused accidentally through a legal act without negligence or intent to harm.

Mahyon, who headed the inquest, said the court found no one to be criminally involved.

Based on witness testimonies, including that of the investigating officer, the court found that the deceased died due to falling from a high place.

Mahyon agreed with Goot that Smit died before her body was found on the balcony of the sixth-floor unit in CapSquare Residence, and that the body began to stiffen between 10am and 11am on Dec 7, 2017.

The coroner said signs of grabbing, trauma at the back of the head, bits of a broken bottle, and Johnson's DNA under Smit’s nails indicated the possibility of a struggle between Johnson, Ivana and Almaz.

“The court does not know what actually happened among the three of them. Therefore, the court rules Smit's death as a misadventure,” she said.

Mahyon said the decision was arrived at based on the findings of facts and Section 337 of the CPC.

Smit, who was believed to be under the influence of alcohol, was found sprawled in the nude on the sixth-floor CapSquare Residence condominium unit, 14 floors below Johnson and Almaz's 20th-floor unit, on Dec 7, 2017.

A total of 22 witnesses testified during the inquest, held since Aug 8 last year.