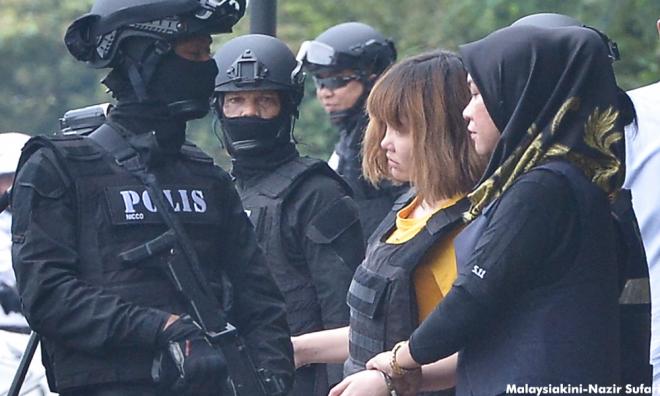 Vietnam has called on Malaysia to free the Vietnamese woman accused in the 2017 murder of the North Korean leader’s half brother, a day after a Malaysian court dropped a similar charge against an Indonesian woman.

Huong’s co-defendant, Indonesian Siti Aisyah, was freed on Monday after a Malaysian court dropped the charge against her.

She and Huong have been accused of poisoning Kim Jong Nam, half-brother of North Korean leader Kim Jong Un, with liquid VX at Kuala Lumpur airport in February 2017. Conviction could carry the death penalty.

Minh said in the phone conversation that senior leaders and the people of Vietnam have paid close attention to the trial, the government statement said.

“I believe my daughter will be released too because she is innocent. We haven’t received any information from Malaysia recently, and we are eager to hear from them now,” Thanh told Reuters.

The court is scheduled to resume proceedings on Thursday.

Defence lawyers have maintained that the women were pawns in an assassination orchestrated by North Korean agents.

During the trial, the court was shown CCTV footage of two women allegedly assaulting Kim Jong Nam while he prepared to check in for a flight.

Siti Aisyah and Huong have maintained that they believed they had been hired to participate in a reality TV prank show.