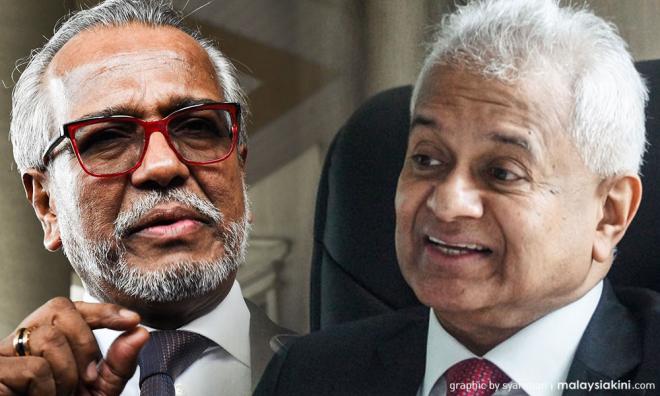 Who delayed the trial? Not my dog

COMMENT | On March 10, I was at my home in Bukit Tunku where I have one matured guard dog of mixed breed. Six months ago, I acquired another mixed breed, this time a puppy (now about 10-months-old) intending that it would be a fully-trained guard dog, as having one guard dog without a second one for any eventuality would be unwise.

I trust guard dogs more than human guards. Even my security guards think the same way, as they rely on my guard dogs to secure the compound while manning the guard houses and the gates. I have a professional dog trainer, a former police K-9 unit personnel trained by the FBI.

Although still a puppy, he is bigger than most adult dogs of his breed and extremely strong, fast and cunning. He is very playful as one would expect of a dog that age. When I come up to my house, he stands erect on his hind legs unsupported, even for as long as a minute, without moving.

On that day, the dog was let loose in the outer compound. When he saw me, he became excited and rushed towards me playfully, but I was not expecting this. I was careless and lost my balance and fell squarely on my left arm. I felt no pain even several hours later.

However, that night, I felt my left hand stiffening. At first, I thought nothing of it, believing it must be due to working hard in preparing for the appeals at the Court of Appeal on Monday and Tuesday...