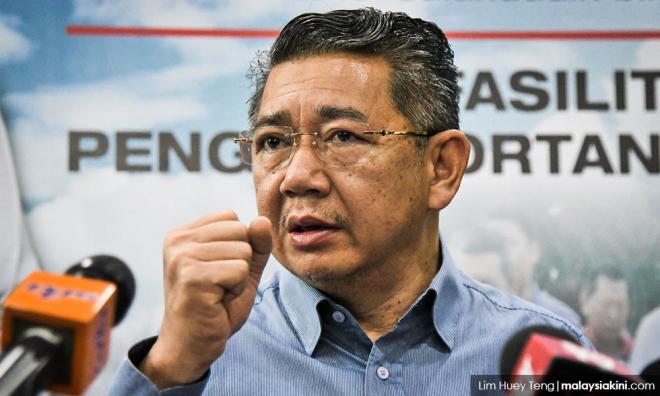 The government will review the National Agricultural Policy to increase the sector's contribution to the GDP and raise its importance to the level seen in other developed countries.

Agriculture and Agro-based Industry Minister Salahuddin Ayub said the sector should not be allowed to lag behind, in line with Putrajaya's aim to get the country to embrace modern agricultural practices.

“I will discuss with Prime Minister Dr Mahathir Mohamad effective mechanisms to assist farmers through an agricultural policy that is more friendly to farmers and fishermen.

“Young and SME agropreneurs must be assisted through incentives, such as lower electricity tariffs and taxes on imported agricultural equipment,” he said after officiating Agrobank Business Dialogue 2019 in Kuala Lumpur today.

He added that tax rates for farming and fishing equipment, such as ploughing machinery and fishing nets, should be reduced.

“Besides ensuring profitability, the bank should also be more people-friendly to help small farmers in obtaining loans with a reasonable amount of financing.

“Agrobank should also continue to support SME entrepreneurs who have achieved success so that they can reach an even higher level,” he said.

On the National Agro-Food Policy, Salahuddin said the country's self-sufficiency level for rice had reached 71.9 percent, and that his ministry was targeting a five-percentage point growth over the next five years.

The ministry will also focus on developing the livestock industry, especially dairy cow breeding, where the SSL has reached 58 percent.

Salahuddin said for the livestock industry, the government was planning to produce corn grain, the main source of animal feed. Imports of the grain have hit RM3.2 billion annually.

The Sarawak state government had earmarked 100,000ha for agricultural development and the ministry would target sufficient acreage for planting corn and developing the animal feed industry, he added.