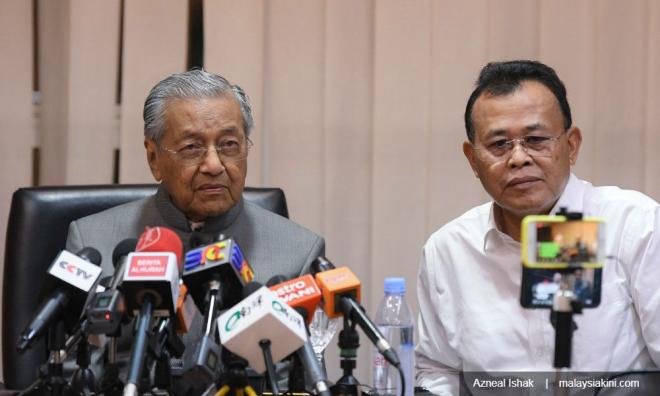 No need to declare emergency for Pasir Gudang pollution - PM

Prime Minister Dr Mahathir Mohamad has stressed that there is no need to declare an emergency in the wake of the Pasir Gudang toxic chemical waste pollution crisis as the situation was under control.

However, he reminded all quarters to exercise extra caution in view of the crisis not being over.

“No… it has not reached that stage (where an emergency has to be declared). There is no need for any evacuation, but we must be careful.

“(And) those mobilised to contain the situation must also be prepared to handle the problem,” he told reporters after visiting victims of the crisis who have been admitted to the Sultan Ismail Hospital in Johor Bahru today.

The prime minister was asked if there was a need to declare an emergency for Pasir Gudang in Johor and evacuation of residents there because of the crisis.

Toxic fumes from chemical waste dumped into Sungai Kim Kim in Pasir Gudang have affected the health of over 1,000 residents.

Since the incident began on March 7, over 1,000 people had sought treatment for various respiratory ailments with 397 people admitted to the ordinary wards and 13 to the intensive care unit.

'We cannot say worst is over'

When asked whether the worst was over based on the number of victims due to the effects of the illegal chemical dumping in Sungai Kim Kim in Pasir Gudang, Mahathir said: “We cannot say the worst is over.”

“On the other hand, we don’t think it is going to be more serious than now. But what is important is that they know how to handle this problem,” he said.

Dr Mahathir also praised the agencies under the State Disaster Management Committee especially the medical and security teams for tackling the crisis efficiently and preventing it from becoming worse.

“I found from the briefings I was given by various parties that they had carried out their duties well even though such a situation has never happened before (in the country). The Fire and Rescue Department, police, hospitals, schools, and others handled the situation admirably,” he said.

He was also full of praise for the doctors and medical staff for their “extraordinary response” in the face of this gas poisoning incident.

"I am confident of our ability to help them (victims) recover from the toxic gas inhalation.

"The people must consider this (pollution) as a serious matter, but at the same time, they should think of the capabilities of those in charge of saving the victims as well, it's because of that the situation is under control," said Mahathir.

The District Disaster Management Committee had earlier given a one-hour briefing regarding the situation at the Aqaba Tower, Pasir Gudang Municipal Council, which was also attended by Minister of Energy, Science, Technology, Environment and Climate Change, Yeo Bee Yin.