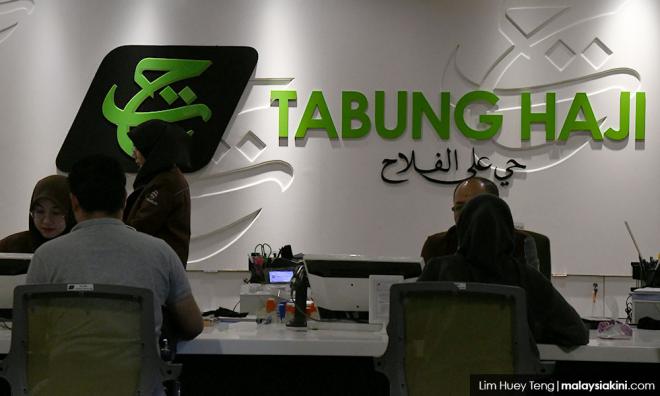 Tabung Haji's assets transferred at double its worth to gov't

The government has detailed the assets Lembaga Tabung Haji transferred to a special purpose vehicle (SPV) for RM19.9 billion even though the book value of those assets is only around RM10 billion.

The Prime Minister's Department, in a parliamentary written reply yesterday, said this was to help Tabung Haji cover its asset versus liability deficit to allow it to pay dividends to depositors.

Tabung Haji is statutorily disallowed from issuing dividends if its liabilities exceed assets. Putrajaya had accused the previous government of cooking Tabung Haji's books to circumvent this rule.

"The government intent on restoring Tabung Haji's financial position by taking over its losses so as to close its deficit.

"To provide a clearer picture, an example is the Tun Razak Exchange land which was transferred at a value of RM400 million with a premium of RM204 million on top of the book value of RM196 million.

"For Felda Global Ventures Holdings Bhd (FGV) shares, they were transferred at RM4.62 a share, which is Tabung Haji's original cost. It is higher than the market value of 72 sen a share at the end of 2018."

It said this situation would not have arisen if Tabung Haji had not set its impairment threshold at 90 percent.

According to financial reporting standards, a company must declare its impairment loss if the value of purchased shares falls by more than 20 percent of the original cost persistently for a period of nine to 12 months.

An audit review of Tabung Haji found its previous management had raised the threshold to 70 percent over a period of 24 months. It adjusted this twice in 2017, to 85 percent and then to 90 percent.

This was so that Tabung Haji would not have to recognise the losses and its fall into a deficit, thus being able to issue dividends.

The Prime Minister's Department said UJSB's goal will be to rehabilitate the assets transferred from Tabung Haji and restructuring them.