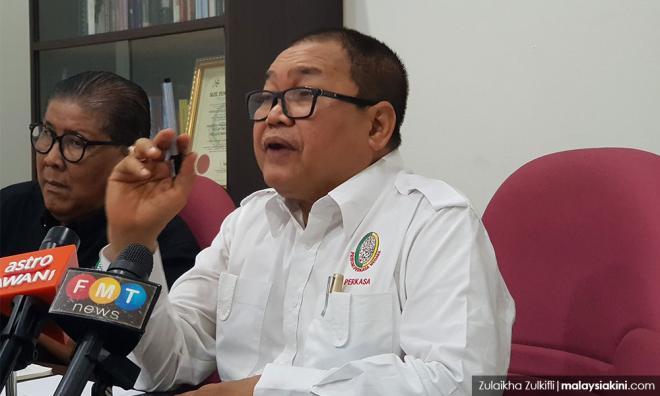 Perkasa president Ibrahim Ali today filed an application for leave for judicial review to challenge the action by the Registrar of Societies (ROS) in not approving the registration of Parti Bumiputera Perkasa Malaysia (Putra).

Ibrahim, who is Putra pro tem committee chairperson, filed the application through the e-filing system at the High Court in Kuala Lumpur through lawyer Mohd Khairul Azam Abdul Aziz, naming the ROS director-general and the Malaysian government as the first and second respondents, respectively.

Ibrahim, who is former Pasir Mas MP, filed the application under Order 53 Rule 3(1) of Rules of Court 2012.

In the application, Ibrahim is seeking a mandamus order to compel the respondent to approve the application for registration by Putra that was submitted in August 2018.

He is also seeking a declaration that the action by the respondents in not responding to Putra’s application was unconstitutional and against the right of the applicant under Article 10(1) (c) of the Federal Constitution.

According to Ibrahim, a meeting of the pro tem committee was held on Aug 4 last year where it approved the draft of Putra constitution to be sent to both respondents.

He said the application to establish Putra was sent online to the ROS on Aug 13 last year and documents on its establishment, on Aug 16, which was then followed by a few meetings with ROS officers to seek clarification on the standard operating procedures (SOP) involved in the approval process.

Ibrahim said until now, the committee had yet to receive any feedback from ROS on its application to register Putra.