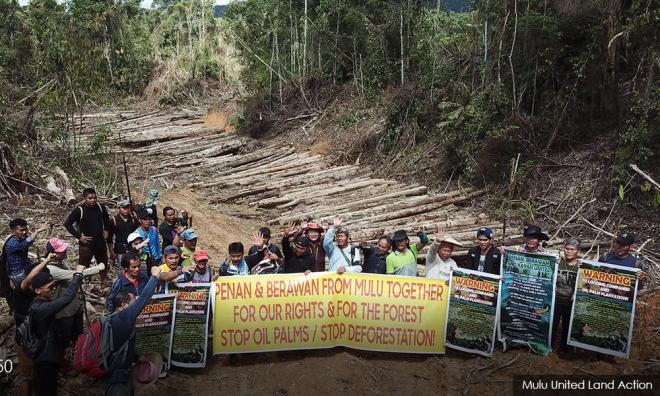 A group claims that logging activities by a Malaysian oil palm company near the Mulu National Park in Sarawak are still rampant despite its concession coming under Putrajaya's radar.

"The logged area is now barren. Nothing can replace the trees that have been felled and destroyed. The wildlife has lost their home.

"It would take at least a century for the original trees to grow back. This is such a huge loss," the Mulu United Land Action group said in a statement today.

It has been reported that a total of 4,400-hectare of forest are being cleared to make way for an oil palm plantation near the Mulu park, which is a Unesco World Heritage site.

Last month, Primary Industries Minister Teresa Kok said she was very concerned by the developments but noted that land matters fell under the jurisdiction of the state.

However, it is reported that the situation remains deadlocked.

Penan headman Ukau Lupung expressed concern that the deforestation would affect not only Mulu's flora and fauna, but also the livelihoods of the Penan and Berawan communities.

“The forest is our lifeline as it is equal to a 'supermarket' and a 'bank' to the Penan, Berawan and Tering communities.

"We need the forest to survive as we hunt and forage the forest for our food and medicinal plants," Ukau said.