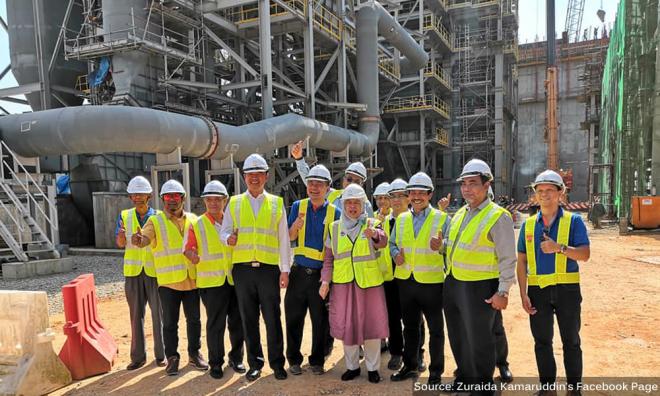 The country's first waste-to-energy (WTE) plant in Tanah Merah, Negeri Sembilan, is on schedule to begin operations in June.

Housing and Local Government Minister Zuraida Kamaruddin, who visited the plant yesterday, said the plant met standards set by the Department of Environment.

According to Bernama, Zuraida expressed satisfaction over the status of the plant and said it was similar to the ones she had visited abroad.

However, she said some issues, such as connecting roads, needed attention and she would facilitate discussions between the project owner Cypark Resources Bhd and the state government.

Cypark is a renewable energy, environmental technology and engineering firm.

According to The Edge, Cypark had received a 25-year concession agreement in 2015 to build and operate the plant.

The project involved a landfill, biogas facility and a solar plant on a 70-hectare site.

The WTE plant is projected to handle 1,000 metric tons of solid waste daily and can produce between 20MW and 25MW of energy that can serve 25,000 households.

Last September, Zuraida told a forum that Negeri Sembilan was the only state with a WTE facility. She said every state should have at least two.