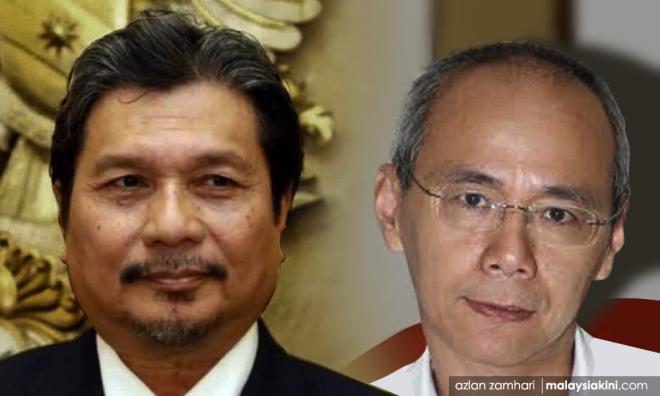 According to Borneo Post, Idris had urged organisers to postpone the event because the organisers did not notify the police of the event, citing the Peaceful Assembly Act 2012.

The event was supposed to take place in the Summer Mall shopping mall in Kota Samarahan and organised by Rise of Sarawak Efforts.

"Even if the place is a private place, but made open to the public at large, it will render the venue a public place by definition.

"Although I was ready and looking forward to participating in the event in the interest of Sarawakians, especially the youths, in view of the situation and the lack of fulfilling lawful requirements, I have to regretfully refrain from attending this event," he said according to Borneo Post.

He said the organiser has to guarantee the event fulfils all legal requirements and not risk debaters flouting the law.

"As a Sarawak assemblyperson, it would be very unbecoming of me to attend any assembly where lawful requirements are not met," said Idris, who is Pesaka Bumiputera Bersatu (PBB) information chief.

Lo said he was disappointed the debate did not take place, adding that the event had been widely published more than 10 days ago and the police should have advised the organiser if it was unlawful.

The two have been engaged in a public spat following the arrest of 40 Sarawakians in Cambodia who were victims of a labour syndicate.

Lo had criticised the Sarawak government for failing to generate enough decent-paying jobs in the state. He argued that although Sarawak was among the top contributor to the country's GDP, it was also among the poorest.

Idris said the remark was "totally outrageous" and had a political agenda. Idris also accused of Lo of not representing MTUC Sarawak in saying so.