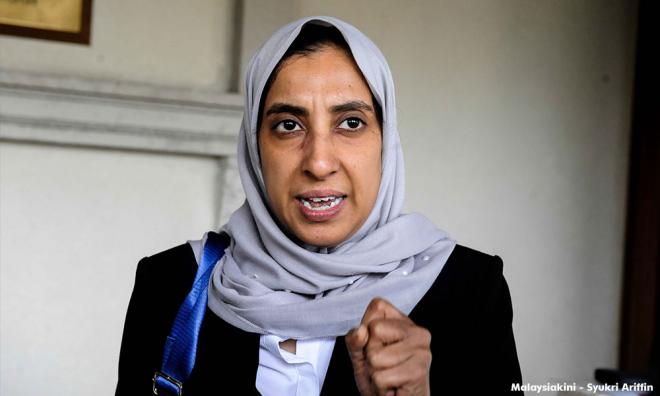 Lawyer Latheefa Koya today lashed out at several DAP leaders for caving in to calls to retain the death penalty.

Latheefa took DAP secretary-general Lim Guan Eng to task for issuing a statement today on his party's commitment to human rights, despite supporting the death penalty.

"Words are cheap! Human rights? Isn't it true that key DAP leaders did not support abolition of death penalty – the ultimate denial of human rights?

"As a result, the government did a U-turn on abolishing it after promising to do so in Oct 2018," the lawyer said on Twitter.

"Not surprised by this obscure DAP Adun's fanatical support for hanging people. I understand that DAP stalwarts/top leaders did not support abolition, leading to the U-turn by the government.

"They were worried about backlash from Chinese voters, who some claim support the death penalty," she tweeted.

Ko argued yesterday that Pakatan Harapan did not renege on its pledge to abolish capital punishment because it was never listed in its election manifesto, which only promised to abolish the mandatory death penalty.

Legislative changes affecting 11 laws are expected to be passed by Parliament soon.

According to Latheefa, however, DAP should make their stand clear and not "hide" behind cabinet decisions.

"If DAP argues hanging people is a deterrent punishment – then they have no moral standing to object to PAS' hudud bill, because PAS relies on the same justification!" she wrote.