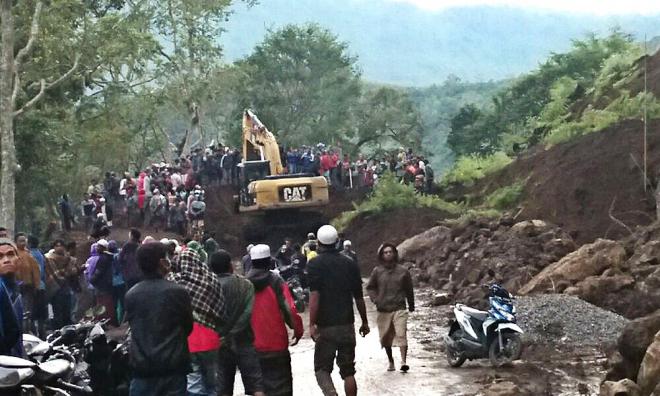 The second Malaysian killed in the quake-triggered landslide in Lombok yesterday has been identified as Lim Sai Wah.

However, her personal details have yet to be ascertained as at 6am today.

According to deputy Malaysian ambassador to Indonesia Zamshari Shaharan, seven Malaysians were injured in the incident, and are currently receiving treatment at a hospital in Lombok.

“It is confirmed that two Malaysians were killed in the quake-triggered landslide in Lombok, yesterday. Seven who were injured are receiving treatment at a hospital, while 13 others are safe," he said.

They were among the 22 Malaysians who were at the Tiu Kelep Waterfall when the earthquake struck at 2.07pm local time.

According to the Indonesian Meteorology, Climatology and Geophysical Agency, the earthquake was followed by a 5.2-magnitude aftershock.

Zamshari said Malaysian embassy officers had arrived in Lombok to offer consular assistance to its citizens.

He also advised those involved to stay calm and try to adhere to all instructions given by local authorities.

Malaysians in other parts of Indonesia or planning to go to Indonesia are also advised to register with the embassy on its website, he added.

Meanwhile, West Nusa Tenggara governor H Zulkieflimansyah was quoted by Antara as saying that local authorities are arranging to have the remains of the two women to be flown back to Malaysia today.