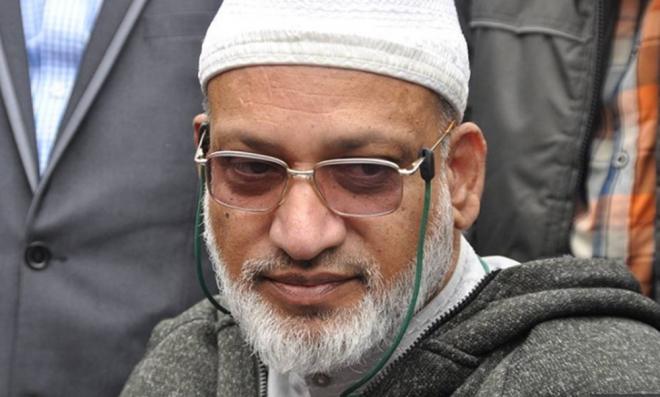 'I still love you': Christchurch survivor forgives his wife's killer

A wheelchair-using worshipper who survived the slaughter at Christchurch’s Al Noor mosque, but whose wife was killed, has offered an olive branch to the gunman, saying he would like to meet and tell him “I still love you.”

Fifty people died at two mosques in the South Island city on Friday when a gunman burst in, spraying bullets at his victims while they prayed in a city now consumed by grief and sadness.

“I want to give the message to the person who did this, or if he has any friends who also think like this: I still love you,” Farhid Ahmed, 59, told Reuters in an interview at his house, as mourners arrived to offer condolences for his wife, Husna.

“I don’t agree with what you did … you took a wrong decision, a wrong direction, but I want to believe in you. That you have great potential in your heart,” he said.

Australian Brenton Tarrant, 28, a suspected white supremacist, was charged on Saturday with murder over the killings, New Zealand’s worst mass shooting. Tarrant was remanded without a plea and is due back in court on April 5 where police said he was likely to face more charges.

Ahmed, who uses a wheelchair after being hit by a car, was in the Al Noor mosque when the shooter burst in. He was praying not where he usually does, in the main room, but in an ante-chamber with a friend.

“At that moment I realized two things. One, definitely it was gunshots, and two, this is my last day,” he said. “Because in that situation, with a wheelchair, it was impossible to get out.”

But the killer did not enter that chamber, and Ahmed was able to escape to the carpark where he watched the massacre unfold from behind a car, on the opposite side of the mosque to where his wife was gunned down outside.

After the gunman left to continue his rampage at another mosque, Ahmed went back inside the building.

“It was unbelievable,” he said. “On the right hand side, usually where I pray, so many dead bodies.”

The wounded were screaming. He comforted them until police arrived, who then took him back outside.

“At that time I did not know that my wife’s dead body was (at) the other gate.”

In the aftermath of the shootings, bewilderment has been a common refrain, as the city comes to grips with the scale of the tragedy.

Voices are barely raised beyond a murmur as office workers, and school children have come to lay flowers near the mosques and at makeshift shrines throughout the city.

There has also been a sense of generosity and solidarity, led by victims such as Ahmed, who has preached at the mosque and advocates forgiveness.

“If there is any chance I get, I want to meet you,” he said of the gunman. “I want to hug you and I want to tell you that I am talking from my heart. I have no grudge against you, I never hated you, I will never hate you,” Ahmed said.