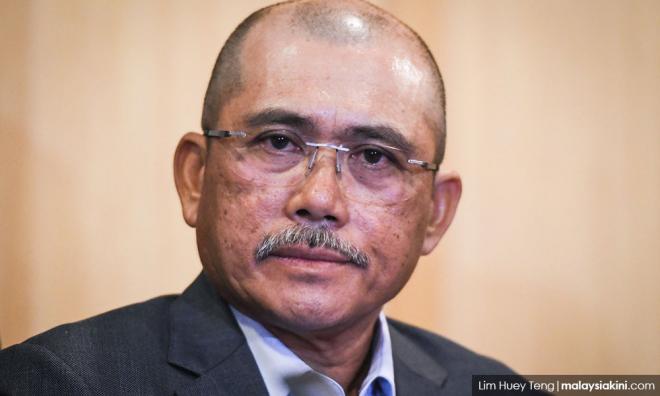 PARLIAMENT | The Public Accounts Committee (PAC) has asked the Auditor-General's Department to verify the legitimacy of every GST refund application made, which amounts to RM19.4 billion in total.

This was part of the PAC's investigations into the matter, which involved eight days of hearings by committee members and two briefings by the Auditor-General's Department.

PAC chairperson Ronald Kiandee (photo, above) said the committee had heard evidence from the current and former heads of the Customs Department, Finance Ministry and Treasury.

"The PAC gives its assurance that the summary and recommendations that will be presented to the government in (our) report on the GST refunds of RM19.4 billion will involve all aspects and will be supported by data from the auditor-general's work," Kiandee said.

It is understood that among the last to give evidence to the PAC were Customs Department director-general Subromaniam Tholasy and former auditor-general Madinah Mohamad.

Kiandee said the report would be ready before the Dewan Rakyat sitting ends on April 11.

Putrajaya has claimed that the previous Najib Abdul Razak administration had failed to process RM37 billion in income tax and GST refunds.

Following this, Putrajaya had claimed RM30 billion in dividends from Petronas in order to facilitate the tax refunds.

"The PAC acknowledges the role played by the Auditor-General's Department as the main stakeholder in helping us. This department is among the seven agencies that are appointed to the PAC as ex-officio members," he said.

On PAC's investigation into the "road charge" and "vehicle entry permit" schemes, Kiandee said it would begin on March 26.

Among those to be called to provide evidence, Kiandee added, are chief secretary to the government Ismail Bakar and former transport minister Liow Tiong Lai. The duo has been informed of this in writing yesterday.