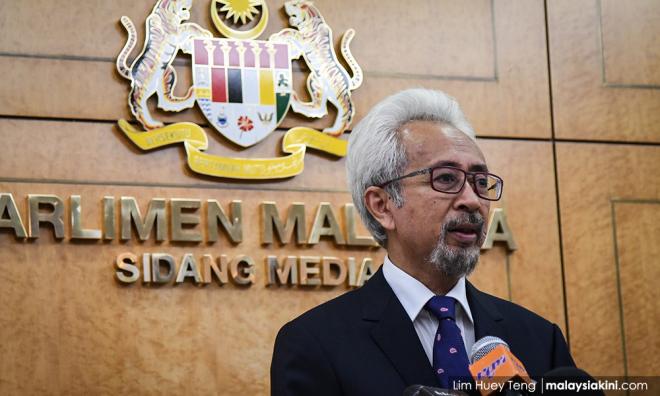 Following the massacre at two mosques in Christchurch, New Zealand, Malaysian politicians from both sides of the divide condemned the incident.

Umno politicians such as Khairy Jamaluddin and Annuar Musa were also quick to criticise Australian senator Fraser Anning, who linked the shootings to the influx of Muslim radicals.

However, Housing and Local Government Deputy Minister Raja Kamarul Bahrin Shah highlighted the similarities between the New Zealand shooter Brenton Tarrant and the hate being spread in Malaysia along racial and religious lines.

Without mentioning names, but in an obvious reference to Umno and PAS leaders, he also noted the hypocrisy of Malaysia's opposition politicians with regard to this issue.

“The biggest irony is that there are certain opposition politicians who become livid over the threats against Muslims, who are the minority in New Zealand, France and the United States.

“At the same time, these politicians continue to threaten and make rash accusations based on racial and religious sentiments against the minorities in Malaysia,” he said in a statement today.

The Amanah leader also warned that if the racial and religious hate on social media is not curbed, then a similar tragedy could happen in Malaysia.

“Statements like halal darah (permissible to kill), kafir harbi (infidels who can be killed), pendatang (immigrants) which have long been spread through social media by influential personalities can create a fertile ground for serious racial and religious conflicts in Malaysia,” he said.

“The label 'pendatang' accorded to a portion of Malaysian citizens is the same as the label 'invaders' used by the New Zealand shooter to describe Muslims.

“Using social media to fan hatred towards other races and faiths is also similar to the New Zealand's shooter's tactics,” he added.

Noting how the Dewan Rakyat yesterday condemned the incident in New Zealand, Raja Kamarul said Malaysian lawmakers should not criticise others on issues of racial and religious extremism when guilty of doing the same back home.

“If someday, an equally devastating incident happens in Malaysia, can Parliament say it happened without any sign or warning?” he asked.

Since the last general election, Umno and PAS, which are now in a formal alliance, have repeatedly accused the Pakatan Harapan administration of failing to safeguard the interests of the Malays and Islam.

Despite repeated denials, there are also accusations that the current administration is controlled by the predominantly Chinese DAP, whom certain Muslim politicians and groups claim is bent on undermining the special position of Islam and the Malays.