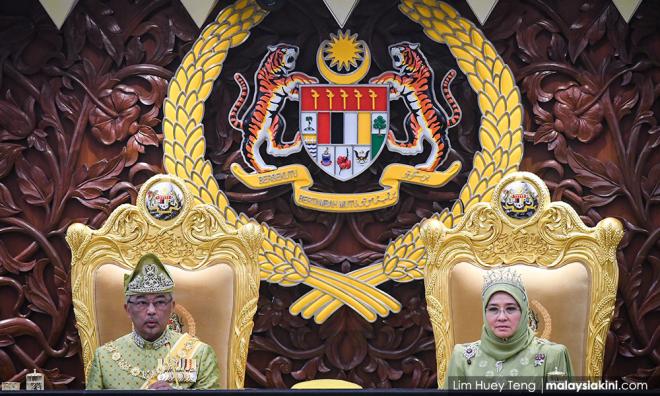 In a statement today, comptroller of the royal household Ahmad Fadil Shamsuddin said foremost in his majesty's mind was the two Malaysians who tragically lost their lives.

"His thoughts and prayers are with the victims' families, the people of Lombok and all Indonesians at this most heartbreaking of times," he said.

Fadil said Sultan Abdullah also hoped for a speedy recovery of those who were injured and affected by the calamity.

"His majesty conveys the nation's heartfelt support for the people of Lombok in the face of such devastating adversity."

The king, Fadil said, had full confidence that the people of Indonesia would display great strength and resilience in all their efforts towards the recovery of Lombok.

The bodies of the two Malaysians who were killed in the incident – Tai Siew Kim and Lim Sai Wah – were flown home today on an Indonesian carrier Garuda flight.

A group of 17 other Malaysians, who were in Lombok when the above 5-magnitude temblor hit, also returned home today on a separate flight.

The Foreign Ministry said, meanwhile, that operations to provide security and welfare assistance to the 17 Malaysians involved in the earthquake went smoothly.

Deputy secretary-general of bilateral relations Nushirwan Zainal Abidin said that when the earthquake occurred, the ministry had instructed the Malaysian Embassy in Jakarta to help manage the welfare requirements of all the victims involved in the tragedy.

“I would like to emphasise that the ministry and all government agencies involved in helping in the earthquake are focusing on the welfare and safety of Malaysians abroad.

"Thank God, all the 17 people have arrived safely in Malaysia, I would like to thank all the government agencies involved in helping and extend my condolences to the families of the victims of the disaster,” he told reporters when met at KLIA2.

Nurshirwan called on all parties to refrain from spreading rumours and distorting facts about the tragedy and to respect the sensitivities of the victims involved.

“I want to confirm that no other Malaysians are involved in the tragedy because the ministry has been able to contact all of them,” he said.

Commenting on the four Malaysians being treated in Lombok, he said their current situation was stable, and declined to elaborate.