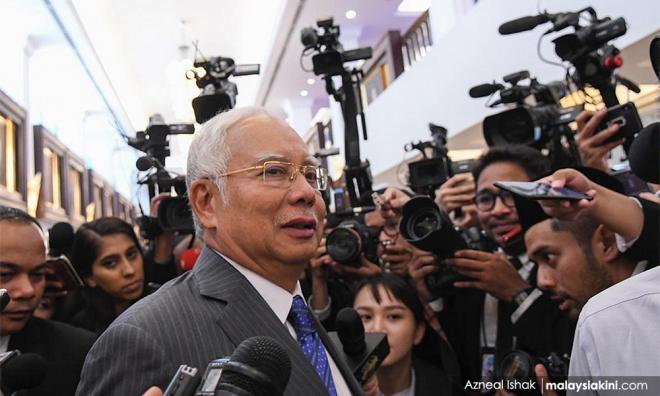 Former prime minister Najib Abdul Razak agreed today that the cost of the East Coast Rail Link (ECRL) can balloon to RM130 billion, but this will take place only under "impossible" circumstances.

His response came after Prime Minister Dr Mahathir Mohamad announced that the ECRL may cost up to RM130 billion, after taking into account the interest on the loan.

For this to happen, Najib said, the RM55 billion loan from the Export-Import Bank of China (Exim Bank) must be at an interest rate of seven percent over 20 years, instead of the 3.25 percent rate that his administration signed for the project.

Secondly, he said, the entire RM55 billion would have to be used on the first day.

"This is impossible because funds from a development loan will only be disbursed in stages according to the development phase," Najib wrote on Facebook today.

He added that the government must also not pay a single sen of the loan instalment to reduce the principal loan for 20 years.

"This is also impossible. The term set out by Exim Bank is that repayment must be made on the principal in instalments once the ECRL begins operations in the 7th year," he said.

Najib said the ECRL must also not generate any income, either via passengers and cargo transportation, through consumption, land or private taxes, stamp duties, or a rise in property prices, which would benefit the government.

"If all these conditions are fulfilled, then ECRL can cost RM130 billion as said by the Harapan government today," he said.

Ultimately, he added, this was just propaganda by the government.

Mahathir's government is still trying to negotiate a better deal with Beijing to build the ECRL.