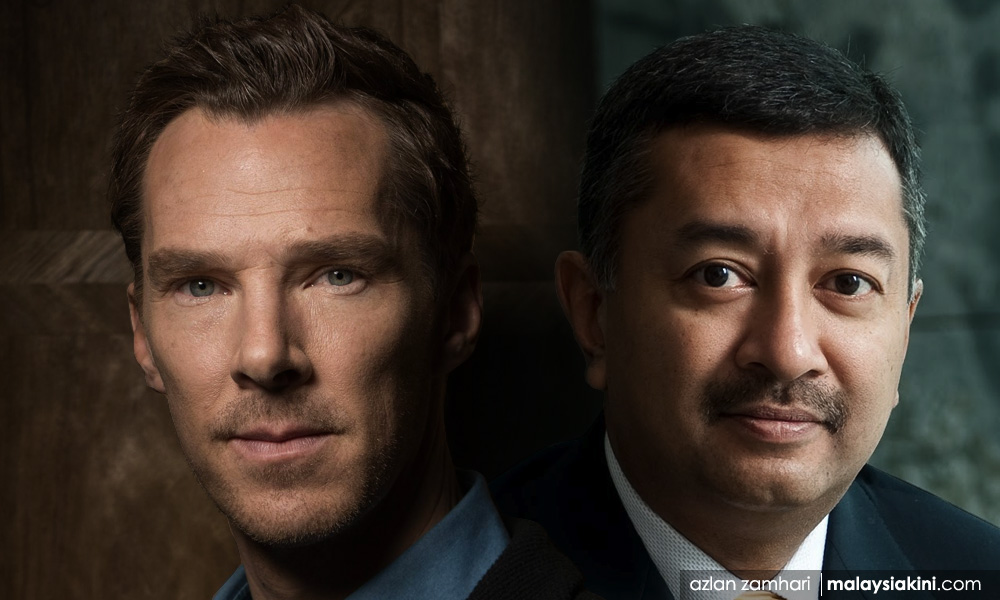 Hollywood actor Benedict Cumberbatch, who played the lead character in the superhero flick Dr Strange, has severed business ties with Dr Mahathir Mohamad's son Mokhzani over the prime minister's anti-Semitic remarks, according to a news report.

The Daily Mail stated that Mokhzani is a director of SunnyMarch Holdings, which Cumberbatch set up in 2014.

It added that Mokhzani invested £1 million (RM5.38 million) in return for shares via his company Kencana Capital.

According to the writer, Cumberbatch told him that he was “shocked and disappointed” to learn of the statements made by Mahathir.

The actor said the prime minister had articulated views which he found “abhorrent and unacceptable.”

“Our company has never had dealings with Mahathir. Rather, our relationship has always been with his son Mokhzani.

“As a company, we have already begun the process of fully severing our relationship with Mokhzani so that he will no longer be involved with SunnyMarch,” he added.

SunnyMarch is behind a number of projects, including BBC’s The Child In Time, and Sky’s Patrick Melrose, both of which starred Cumberbatch.

Among others, the Daily Mail article referred to Mahathir's interview with BBC last year, in which the premier explained why he had described Jews as “hooked-nosed” in his book The Malay Dilemma.

“They are hook-nosed. Many people called the Malays fat-nosed. We didn’t object, we didn’t go to war for that,” he had said.