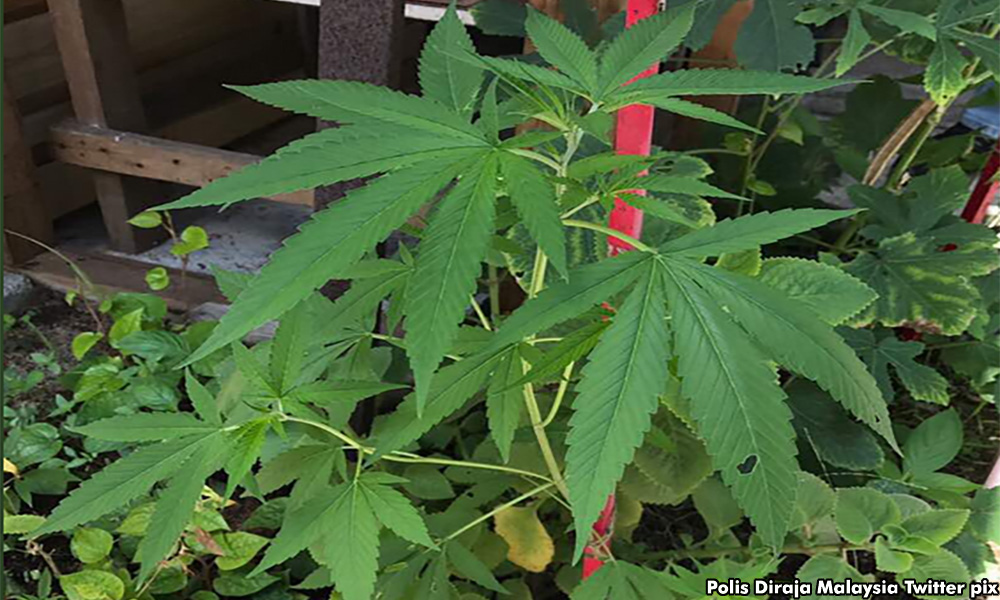 Bersatu man: S'gor can be world's biggest ganja producer for medical use

According to Mohd Shaid Rosli (Harapan-Jeram), the state has the potential to become the world's biggest marijuana producer.

"But marijuana can bring in returns of up to RM9 million a year per acre with three times the amount of produce cultivated.

"So if Selangor can cultivate more than 100 acres, we can become the biggest producer with handsome returns," he was quoted as saying by the Malay Mail.

Shaid (below), whose proposal was greeted by laughter at the Selangor Legislative Assembly sitting today, said that marijuana cultivation for the purpose of research and export could be carried out in Kuala Selangor.

He argued that the Dangerous Drugs Act 1952 allows government departments to cultivate marijuana for medical purposes.

However, the proposal was shot down by Dr Idris Ahmad (Harapan-Ijok) who pointed out that it could lead to issues with enforcement.

"Historically speaking, marijuana was used for medicinal purposes, but it was abused, just like opium and morphine. It is a dangerous medicine and must be controlled.

"I'm a medical doctor who is well-versed in issues with controlled medicine in need of tight enforcement," he said.

Though acknowledging the concern, Shaid said the location of marijuana cultivation areas and its processing should be made accessible to certain parties only.

"Don't worry about the black market and so on. We need to 'tighten' the system so there are no leakages and (there won't be issues with) addiction among the rakyat," he said.