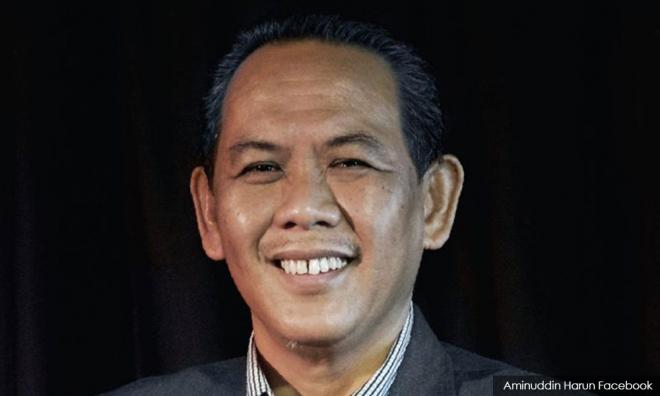 Negeri MB to golf club: Ban alcoholic drinks or I quit as president

Negeri Sembilan Menteri Besar Aminuddin Harun has threatened to resign as president of the Seremban International Golf Club (SIGC) if it fails to prioritise local sensitivities.

He said the club was surrounded by mosques and housing estates where the majority of the residents were Muslims and thus it was not right for it to be selling alcoholic drinks there.

“I have raised this issue twice at the club's meetings. If want to sell (alcoholic drinks), carry on, I will quit as president… that’s all. Furthermore, I do not play golf, it is just that I was asked to be president.

“As the chairperson of the State Islamic Action Committee, I cannot be there (in the Club’s committee)… do not equate me with the former menteri besar (who was president of the club when BN ruled the state before the 14th general election in May last year),” he told reporters in Seremban today.

He was asked to comment on a report in Free Malaysia Today today, which stated that the club’s members disagreed with its management’s decision to prohibit the sale of alcoholic drinks.

The club which has about 1,000 members has called for an Extraordinary General Meeting this Sunday regarding the matter.