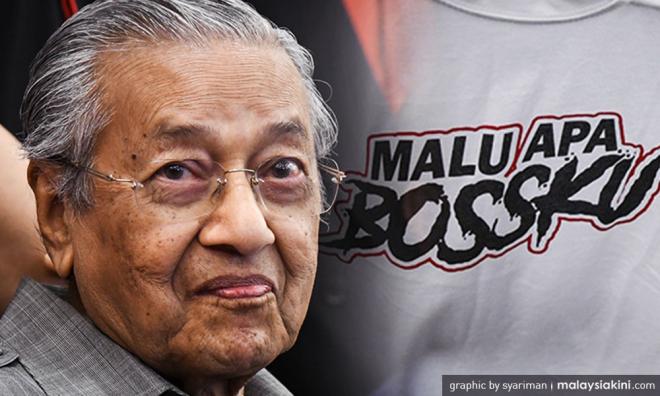 Dr M's poem: Come my people, let us steal so we can become boss

Prime Minister Dr Mahathir Mohamad has penned a poem, which was published in his blog this afternoon.

Though he did not mention names, it was obvious that the poem was aimed at former premier Najib Abdul Razak and his “Malu apa Bossku” campaign, which has gained significant traction on social media.

(I steal. What is there to be ashamed of.
Whatmore when I am your boss.
You do not have to be ashamed that your boss steals.
You can get a little of what has been looted.
Why be ashamed. My Boss.
My race does not need to be ashamed.
Steal…
The more that is stolen, the nobler it is.
To be called kleptocrat is a compliment.
Come my people. Let us steal so that we can become a boss.)

Najib is facing 42 charges of money laundering and corruption in relation to the 1MDB scandal. More charges are expected to be levelled against him in future.

International investigators believe that at least US$4.5 billion was misappropriated from 1MDB.

Najib has denied any wrongdoing or abusing public funds for personal gain.

The poem has more than 1,300 comments as of 5.30pm and a significant number of them were critical of Mahathir.

One commentator asked if the premier was referring to himself and his family while there were also those which touched on Pakatan Harapan reneging on its promises.