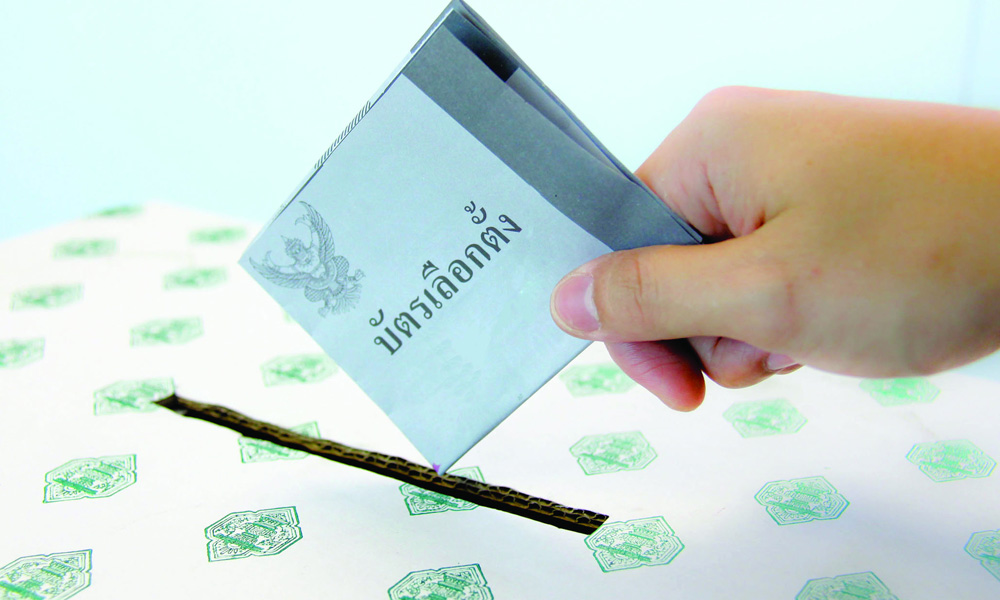 Thailand’s election contest between military-backed government and opposition parties played out in dueling images on Friday, two days before the first vote since a 2014 army coup.

Junta leader Prayuth Chan-ocha crooned to voters at a rally in Bangkok where he made his final pitch for staying on as prime minister. Almost simultaneously, exiled former leader Thaksin Shinawatra, whose affiliated parties remain hugely popular, spoke at his daughter’s wedding reception in Hong Kong.

“We will win for sure,” Thaksin, a telecommunications tycoon whose loyalists have won every election since 2001. He did not elaborate in the video clip put online by Thai media outlet Khaosod English but urged guests at the reception to vote.

She was quickly disqualified by the election commission and the party was later banned from the race for breaking a taboo of involving the monarchy in politics.

Sunday’s general election has been cast as a high-stakes contest between democracy and military rule, but critics say a new army-backed constitution gives junta-appointed officials a large say in the next government.

‘Save the country, save the monarchy’

Junta leader Prayuth appeared for the first time at an official campaign event, waving as a massive television screen showed a video of his years as the junta leader, harvesting rice and hugging children.

Singing to the crowd and collecting roses from supporters, he promised to “save the country, save the religion, save the monarchy” and lead the country out of divisive politics of the past 15 years.

The army has stepped in twice in a decade to end mostly middle-class, urban and royalist protests against Thaksin-linked governments who accuse the populist politician of undermining traditional Thai values embodied by devotion to the king.

Backers of the military have warned Thailand could be plunged back into political unrest in case of a return to power for Pheu Thai, which has been under investigation for “outside influence” by Thaksin, an inquiry that could see it disbanded.

Thaksin, who was toppled as prime minister in the earlier coup of 2006, has lived in self-imposed exile after a court convicted him of corruption in 2008.

Several pro-Thaksin parties are contesting Sunday’s election, including the Pheu Thai party whose government was overthrown in 2014 by Prayuth, who was then army chief.

Pheu Thai, is leading the charge for a “democratic front” of parties against Palang Pracharat, a new military proxy party backing Prayuth.

“We are here to lift you out of despair,” its main prime ministerial candidate, Sudarat Keyuraphan, told cheering supporters.

Pro-establishment and pro-business, it hopes to hold the key to power in case of an inconclusive election, returning its leader, Abhisit Vejjajiva, to the prime minister’s office that he held unelected from 2008 to 2011 after a previous pro-Thaksin party was dissolved by a court.

Polls indicate Pheu Thai will again be the top vote-winner, and it hopes with its allies to make up the largest bloc in the 500-seat House of Representatives.

But that may not matter, because the new constitution written by the junta allows parliament’s upper house, the 250-seat Senate, to vote with the lower house to choose the prime minister - and the Senate is entirely appointed by the junta.

Under those rules, pro-military parties would probably need to win only 126 seats in the House of Representatives to win a majority in a combined vote while opposition parties would need 376 seats.

“The rules in this election are designed to put the people at a disadvantage... you need to vote strategically,” it said in a Facebook post on Friday.