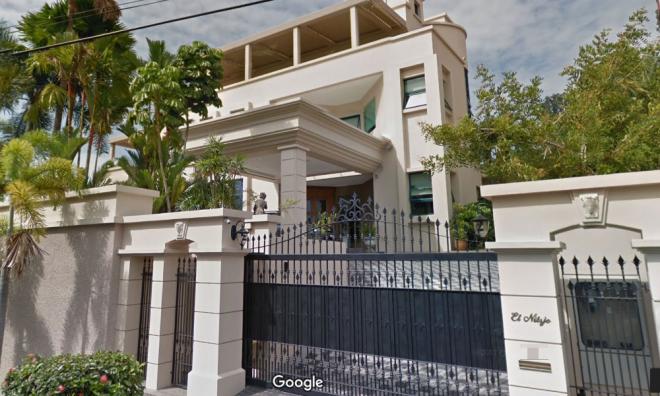 Authorities have seized the family house of businessperson Low Taek Jho, better known as Jho Low, who is accused of being a key player in the 1MDB scandal.

A notice of seizure was posted on the front wall of the house in Penang, according to a report by the New Straits Times.

The house is described as a "luxurious mansion".

The notice signed off by deputy public prosecutor Syafinas Shabudin, said the property was a subject matter of an offence under Section 4(1) of the Anti-Money Laundering, Anti-Terrorism, Financing and Proceeds of Unlawful Activities Act 2001.

The section concerns the offence of money laundering and carries a punishment of up to 15 years imprisonment and a fine of five times the value of laundered funds or RM5 million, whichever higher.

The property appears to have been unoccupied for some time, according to the report.

Police have sought Goh and her husband Low Hock Peng to facilitate investigations into the whereabouts of Jho Low, who is a fugitive, and believed to be in China.

In February 2018, Jho Low's yacht The Equanimity, reportedly worth US$250 million, was seized.

International investigators believe at least US$4.5 billion was misappropriated from 1MDB.

Former prime minister Najib Abdul Razak is facing 42 charges of money laundering and corruption in relation to the 1MDB scandal.

MACC claimed he had received US$972 million in funds linked to 1MDB. Najib had denied wrongdoing.