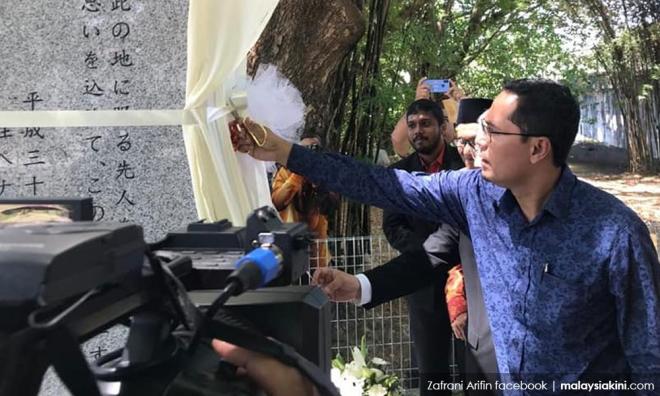 The Kedah state government does not view the memorial for three Japanese soldiers in Alor Setar as one for “heroes”.

Speaking to Malaysiakini, Kedah state exco in charge of tourism Mohd Asmirul Anuar Aris said although he was invited to officiate an event, it didn’t mean that the state government endorsed the wording used to describe the soldiers.

He was responding to social media outrage over promotional material for the officiation ceremony for the restored Sultan Abdul Halim memorial bridge on Thursday. Critics had argued that the Japanese invaders should not be glorified.