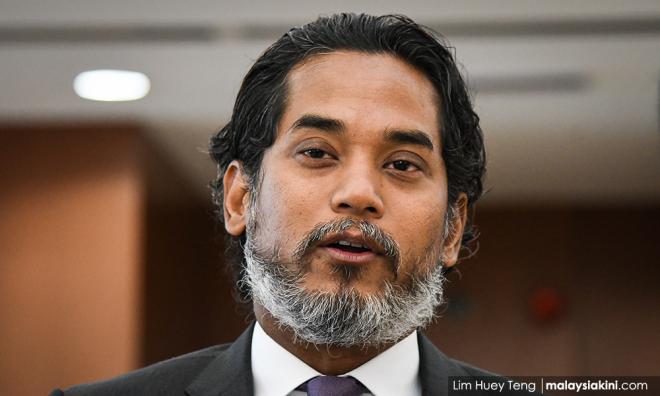 Former Umno Youth chief Khairy Jamaluddin has scored the Pakatan Harapan government a minimum passing grade in the 10 months since it took over the administration from BN.

In an interview with The Star's R.AGE, Khairy, who oversees the finance portfolio in BN's shadow cabinet, claimed this was because there were many unresolved issues in the economic sector and other areas.

"A 'D'... Not an 'F', because I think there are certain things that they’ve tried to do, but certainly not even a 'C', because their manifesto promises are largely unkept," he said.

With regards to the economy, Khairy claimed that he was informed by a lot of businesspersons of slower investments due not just to global economic factors, but also a lack of direction and clarity from the government.

"Cost of living has not improved. Although it's been nine months, there's not even an indication of where Harapan wants to take the country to make the burden of the cost of living lighter on people," he added.

Aside from economic issues, Khairy claimed the Harapan government has fallen short in its response to unhappiness among the Malay community.

"People can argue that Umno and PAS stoke racial and religious tensions, but you can also argue that the Harapan government has dropped the ball in responding to this discontent on the Malay ground.

"They have been found wanting on a lot of things, not just the economy, but also society," he argued.

The former youth and sports minister further noted that overall public confidence in the competency of the cabinet varies, with some members up to mark and others struggling to perform.

"I judge people based on their interactions in Parliament, so when Loke or someone like Gobind answers questions, they do it very professionally and matter-of-factly, whereas some others ramble, take potshots or deflect.

"I think after nine months, you really have to move on, you know?" he was quoted as saying.

With Harapan's first anniversary in power approaching, veteran scribe A Kadir Jasin, who is also Mahathir's media adviser, had said that it is time for the coalition to weed out "clowns and comic characters" within its fold.

Kadir stressed the move was necessary to restore the people's declining trust in the coalition, as perceived in its losses in the last two by-elections in Cameron Highlands and Semenyih.