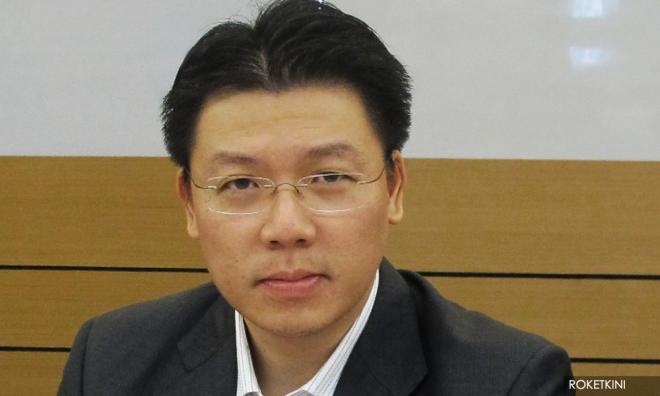 Nga: Kiandee should be allowed to finish PAC work

Teluk Intan MP Nga Kor Ming (photo, above) has opined that Public Accounts Committee chairperson Ronald Kiandee should be given time to complete his work on the committee before being replaced.

Nga, who is also the Dewan Rakyat deputy speaker, said he believed the cabinet would eventually replace Kiandee at an appropriate time.

"There has to be a correct time because (the PAC) is hearing many cases (now)," Nga told reporters at the Parliament lobby today.

There have been calls for Kiandee to step down as PAC head, because Item 16 of Pakatan Harapan's election manifesto had pledged to reserve the position for the opposition.

Initially, Prime Minister Dr Mahathir Mohamad had signalled that Kiandee would not be replaced after defecting from the opposition.

However, Mahathir said yesterday that the government will consider finding another lawmaker to take over as PAC chief.

Meanwhile, Nga expressed confidence that Mahathir will stick to Harapan's election pledges and urged the public to give him time.

"I think the prime minister is very busy. He just came back from an official visit to Pakistan," he said.