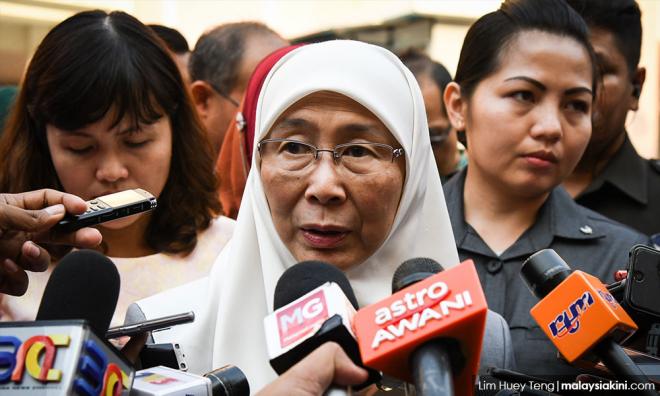 Gov't yet to decide on compensation for Pasir Gudang pollution victims

PARLIAMENT | Deputy Prime Minister Dr Wan Azizah Wan Ismail said today the government has yet to decide on the quantum of compensation for the people affected by the toxic fumes resulting from the dumping of chemical waste into Sungai Kim Kim in Pasir Gudang.

Wan Azizah said the government is now focused on the treatment of the victims and is looking at preventive measures against the recurrence of the crisis.

“The Sungai Kim Kim incident just happened. Up to now, the government has taken the responsibility of providing the necessary health and medical treatment.

Wan Azizah was replying to a supplementary question from Mohd Shahar Abdullah (BN-Paya Besar) who had wanted to know the quantum of compensation to be given to the people affected by the incident.

To a question from Rosol Wahid (Harapan-Hulu Terengganu), the deputy prime minister said that the government had spent RM8.78 million to address the floods in east coast states between November 2018 and March 7 this year.

The sum includes RM5.6 million for flood relief centres, and RM2.8 million to set up forward bases under the Social Welfare Department in securing basic necessities such as mattresses, mats, blankets and pillows.

"The federal government also provided RM500 in compassionate payment to the heads of each (affected) household,” she said.