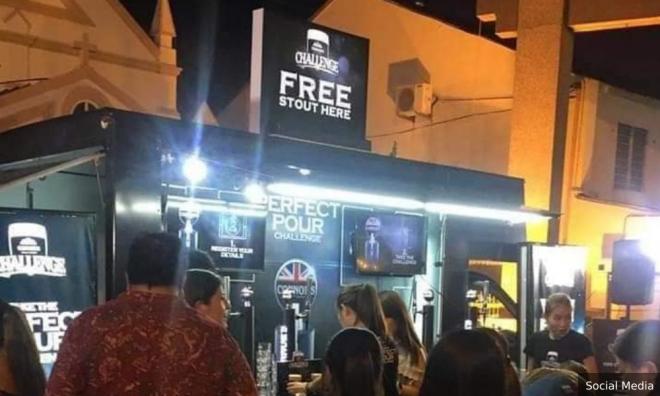 The Malacca Historical City Council (MBMB) will take legal action against the organisers of a promotional activity providing free alcoholic beverages in the vicinity of Jonker Walk.

Mayor Mansor Sudin said the promotional activities conducted over the last weekend were carried out without approval from local authorities.

In a statement today, he said five MBMB officers were sent to conduct investigations after receiving public complaints about the promotional activity.

He said it was found that the promotion was initially carried in front of the Tamil Methodist Church, and later at the Gan Boon Leong Building, both in Jalan Kubu, with approval from the Jonker Walk Management Committee.

“Further investigations found that the promotional activity did not have permission from MBMB and the Melaka Tengah District Office.

“Therefore, MBMB will take legal action against the organiser for promoting alcohol at the Jonker Walk market without approval from local authorities. The same action can also be taken against shop licence holders or individuals who conducted the activity.

“The organisers of the Jonker Walk Night Market are also found to have violated licensing conditions set by MBMB.

He also reportedly noted that there are many Malay visitors in the area since it is currently the school holidays and the area is popular with tourists.

“I criticise the Jonker Walk Night Market organisers who seem to prioritise collecting fees without regard for sensitivities of the nation’s plural society, especially in Malacca.

“MBMB should take stern action against the organisers by revoking their license,” he said.

Separately, Bernama reported that the Malacca government would investigate a programme purported to be linked to the LGBT community, which would allegedly be held in the state.

Chief Minister Adly Zahari reportedly said that the government will not compromise if the organiser is found to have contravened laws and regulations.

“We will not allow any kind of promotion and programme (allegedly connected to LGBT) to be held in this state.

“We will conduct further investigations through the relevant agencies, including the state security forces,” he was quoted as saying.