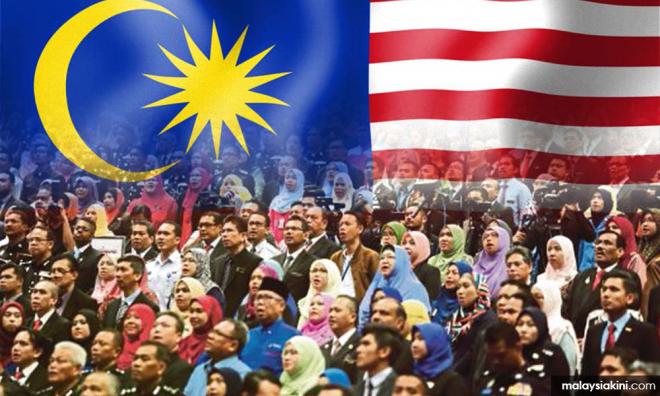 Winning over the civil service

MP SPEAKS | I had imagined that one of the biggest challenges after our appointment into the ministry would be getting the civil service to deliver results.

Within the first fortnight in office, I received numerous e-mails, letters and notes accusing this or that officer of being a “BN lackey”. There were even photographs of senior civil servants holding BN flags during the 14th general election campaign.

I then met the secretary-general of the ministry and told him about these accusations against our senior officers. Perhaps he expected a confrontation, but I think he was surprised when I said kosong-kosong (nil - nil); let us have a fresh start together.

There are segments of the civil service which are highly politicised. But one cannot fully blame the civil servants. They were operating in a situation where their political masters demanded a high level of obedience towards the ruling party.

In fact, members of the former ruling party filled the ranks of the service with party allegiance being a prime consideration when promotions were to be awarded.

The former ruling party used to accuse DAP of disrespecting the civil service. However, our records in Penang show the contrary. In fact, since 2008, with the same set of civil service, the Pakatan Rakyat (then) state government in Penang managed to deliver greater efficiency.

What was the formula? The civil service was depoliticised and professionalism was restored.

Promotions and rewards were given based on performance and merit, not on political allegiance. The Penang civil service regained its self-confidence and along with it respect from the people in general, due to their service delivery. In fact, one Penang civil servant, Maimunah Sharif was even headhunted and then seconded to the UN to serve as executive director of UN-Habitat.

In our first top management meeting at the Youth and Sports Ministry, I was amazed by the capability of our senior officers. They are clearly very experienced, they know their stuff, have good ideas and are very articulate in multiple languages. This part of the civil service is rarely projected, if at all.

Yet, capability alone is not enough. We need to ensure a good and professional working culture within the service.

Which is why, the Pakatan Harapan administration replaced the old civil service letter sign-off slogan, “Saya yang menurut perintah” with the new “Saya yang menjalankan amanah”. The civil service must take pride in delivering good quality work and not merely in following instructions, certainly not political ones.

When Youth and Sports Minister Syed Saddiq Abdul Rahman wanted to relaunch the FitMalaysia initiative, we had to decide between the old model where the work was subcontracted to vendors, or allow our own civil service to manage it.

The minister and I decided to trust our own civil service and handed over the job of planning, organising and executing FitMalaysia to them.

Of course, there was scepticism; halfway through the planning period, someone asked if we should just hire an event planner to do this instead of depending on the civil service.

But the minister and I were willing to take the risk.

We came to this office with reform in mind. In the past, governments were often tempted to and did create “a civil service within the civil service”, that is, establishing elite implementation units to bypass what they perceived as an inefficient civil service.

One layer after another, and many different administrations later, this resulted in a bloated civil service and worse, one which lacks self-confidence and motivation because of the lack of trust even from the government of the day. Top that with a politicised working environment and we ended up with a lacklustre civil service, to say the least.

I must admit that it is easy and very tempting for us to take such shortcuts too. Our electorate wants fast results. The bureaucracy is not the best way to deliver “IR 4.0-speed” results at this point. Let me give you one example.

One of the first policies we proposed at the beginning of our administration was to expand healthcare to all current and retired national athletes. I imagined that this would be easy and yet, it took us more than six months through many departments and paperwork, to get the policy passed.

Over the many months being here and working with my colleagues at all levels in the ministry, I realised that there are substantially many more people within the civil service who want to do good and move together with the new government’s reform agenda.

They want to feel proud of the work they do. They want to restore the dignity of the civil service. They do not want to be mere paper shifters with all the real work done either outside by private contractors or inside by some makeshift elite unit; they want to perform and be respected for their performance.

We are ready to give them such an opportunity, but are they ready?

When FitMalaysia was relaunched on March 24, as the minister and I stood on the stage that morning overlooking the amazing crowd, we spoke to one another about the decision we made many months ago to put our faith in the civil service.

More than 15,000 people flooded the event venue, the programme went on smoothly, the message to inculcate a lifestyle of fitness was properly conveyed.

In the past, the ministry subcontracted such events to private vendors. One record presented to me showed that an event such as this can cost the government as much as RM1.3 million. Yet, our own ministry staff managed to do it all by themselves at about one fifth that price.

Faith in the civil service restored!

STEVEN SIM IS MP for Bukit Mertajam and deputy minister for youth and sports.

civilservice
youthandsportsministry
fitmalaysia
Related Reports
'No gifts' good, but Harapan needs a 'no frills' policy too
a year ago
Place national values as national interest
a year ago
Gov't assures no job cuts with civil service privatisation
a year ago
Yoursay: Najib has no credibility to talk about trimming civil service
a year ago