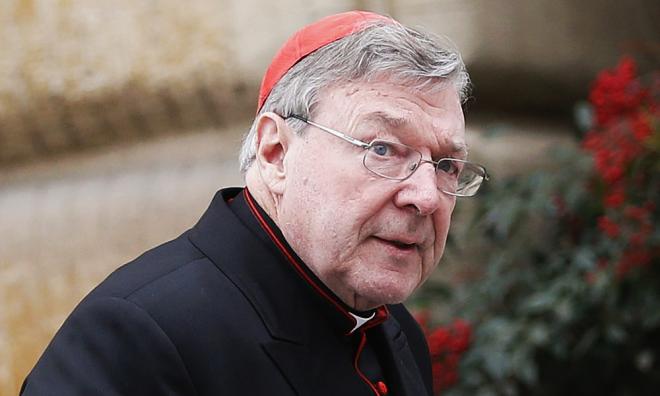 Australian prosecutors are seeking jail and fines for dozens of journalists and media outlets for alleged contempt of court over their coverage of Cardinal George Pell’s child sex abuse trial last year, a court summons showed on Tuesday.

The director of public prosecutions in Victoria has asked the state’s Supreme Court to send journalists to jail or impose fines for breaching a suppression order on coverage of the trial, aiding and abetting overseas media’s contempt of court, and “scandalising the court."

The court has set April 15 for a first hearing on the application. The summons included 23 journalists and 13 news outlets. No foreign media or journalists were named.

Last year, the County Court of Victoria imposed a suppression order on reporting of the trial of former Vatican treasurer Pell to prevent prejudicing the jury in that case and a second trial on older child sex offences that had been set for March.

A jury in the first trial found Pell guilty on Dec 11 of abusing two choir boys. After the verdict, some Australian media ran headlines flagging that an unnamed high-profile person had been convicted of a serious crime that could not be reported.

In February, judge Peter Kidd sentenced Pell to six years jail. Pell is the most senior Catholic worldwide to have been convicted for child sex abuse.

No Australian media named Pell or the charges in their reporting in December although some overseas media, including the Daily Beast and the Washington Post, named the cardinal and reported he had been found guilty of sexually assaulting two choir boys.

The gag order, which had applied across Australia “and on any website or other electronic or broadcast format accessible within Australia”, was only lifted on Feb 26 when the charges for the second trial were dropped.

Hadley’s employer, Macquarie Media, declined to comment on the allegations as they are now subject to legal proceedings.

“Nine and the named employees deny the allegations but as the matter is now before the courts, Nine will not comment further at this time,” a Nine spokeswoman said.

Nine is owner of a television network as well as Fairfax Media and the newspapers The Age and the Australian Financial Review named in the summons.

Under the state of Victoria’s open courts law, breaches of suppression orders can result in jail time of up to five years and fines of nearly A$100,000 (RM290,252) for individuals and nearly A$500,000 (RM1.4 million) for companies.