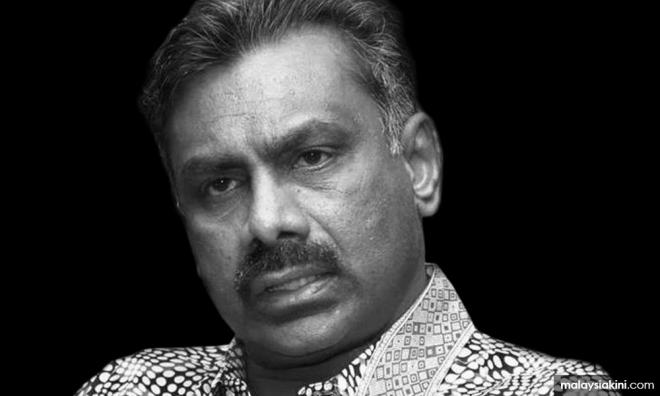 Four men, including former MIC vice-president S Balakrishnan, were killed in an accident at KM33 of the North-South Expressway near Kulai, Johor.

According to a report in The Star Online, the accident occurred at 12.08am today, after a container truck lost control and crashed into the opposite lanes.

The Fire and Rescue Department report indicated that Balakrishnan was travelling in a vehicle with six others when it collided with the truck. Four of them, including Balakrishnan, died in the accident, while the other three were injured.

The driver of the container truck was not hurt.

Balakrishnan served a single term as MIC vice-president, from 2013 until 2015.

On July 26, 2017, he claimed trial to a charge of making false claims of more than RM12 million from the Drainage and Irrigation Department (DID) in 2012.

On Aug 28, 2018, he pleaded not guilty in the Sessions Court in Johor Bahru to two counts of money laundering, involving withdrawal transactions for RM6.012 million, believed to be proceeds from illegal activities, from the bank account of Sinniyah & Sons Sdn Bhd at Bank Affin Bhd between 2012 and 2013.