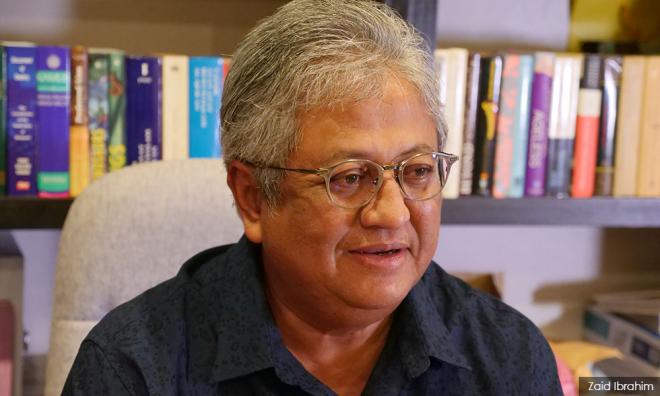 Former law minister Zaid Ibrahim has urged Nurul Izzah Anwar to remain bold in the face of criticisms over her remarks about Prime Minister Dr Mahathir Mohamad and the slow pace of reforms under his administration.

Taking to Twitter, he also said the efforts to prevent her father, PKR president Anwar Ibrahim, from becoming prime minister would not succeed.

"Nurul cheer up and continue to be bold! All their efforts to stop your dad's ascent will not succeed,” he said, without elaborating.

Contacted later for clarification, Zaid pointed out that evidence in politics is mainly circumstantial and seldom direct.

"When a number two (Azmin Ali) in PKR has all the right positions and power, and the number one (Anwar) is clearly sidelined, what conclusion can one draw?" he asked.

Yesterday, Anwar reiterated his and his family's support for Mahathir's leadership amid speculation that Nurul's statements indicated a rift.

In an interview with the Singapore Straits Times, Nurul said this would be her last term as a federal lawmaker and expressed disappointment with the government dragging its feet with regard to instituting the reforms it promised.

When speaking about the difficulties in having to work with Mahathir, the Permatang Pauh MP described him as a "former dictator who wreaked much damage on my family and the system."

"A government which purportedly respects freedom of speech now condemns its own leader for criticising the government. Where is Harapan headed?" he tweeted.

On the same note, the Ketereh MP said it was not appropriate to label Mahathir a dictator or former dictator.

"He won the election. He had resigned (as prime minister). He has conceded a lot to DAP. He has freed people from prison. He has saved people from being tried in court.

"This is not the characteristics of a dictator," he added.

Yesterday, Nurul defended her remarks, stating that she had referred to Mahathir as a former dictator numerous times in the past.