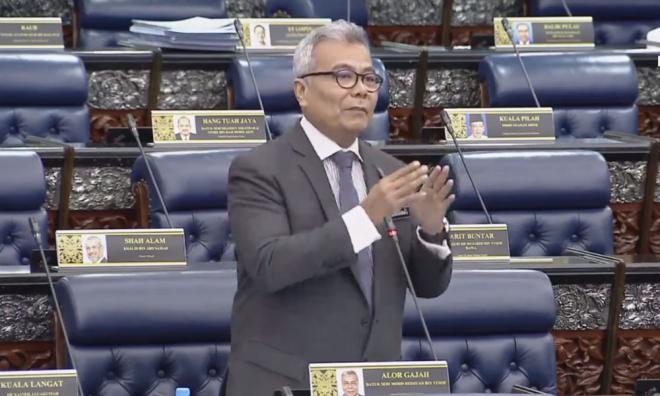 PARLIAMENT | Entrepreneur Development Minister Mohd Redzuan Mohd Yusof today tried to explain the government's support for high-technology including "flying cars," but to no avail with opposition MPs poking fun at him.

"I would like to ask a question because I'm excited. This is a creative idea, it reminds me of the time when I was watching the Jetsons. Jetsons, Jetsons, Jetsons," said Noraini Ahmad (BN-Parit Sulong) as she laughed.

The Jetsons is an American cartoon series set in the future that first aired in 1962, while Doraemon is a Japanese manga-turned-animation series that began in 1969.

Explaining that the term "flying car" was only to aid the imagination, though it was actually an "evolution" of air mobility based on drone technology, Redzuan stressed that the government's role was only to facilitate the industry, with all funds provided by the private sector.

However, opposition MPs continued to interrupt him wanting to ask questions and Redzuan, who was delivering his winding-up speech, finally relenting.

"Perhaps YB can cooperate with the Primary Industries Ministry to use bamboo," she said.

Shamsul, who initially stood up to also ask a question, fell back into his seat laughing.

Redzuan: This only shows the level of our maturity and awareness. Can I respond specifically on bamboo? Bamboo has various uses, including for flooring...

Norani: Can it be used for (flying car) exhaust?

Redzuan: If YB can come forward with such a technology, we are open to it. It involves research as all technology must be based on research and there will need to be a prototype.

While Noraini continued laughing, Redzuan tried to keep a straight face, pointing out that the Cranfield Insitute of Technology, which was involved in aerospace engineering, had done research on various materials, including bamboo.

He also gave an example of a Malaysian research project which had used paddy husk as a heat insulator for temperatures of up to 1,000 degrees Celsius.

Shamsul, on a serious note, said it was not a problem to engage in such technologies, but Redzuan should put more emphasis on the wider entrepreneur community.

"Our entrepreneurs are suffering as the market is not expanding and they're not getting any help, but the minister is focusing on flying cars.

"It is up to you if you want to focus on flying cars, but also focus on other entrepreneurs," he said.

Responding to this, Redzuan said his ministry had not neglected the general entrepreneur population and had given special attention to the B40 community.

"But it does not have to be at the expense of high technology development," he said.

Redzuan had previously received brickbats when he said the government was assisting the private sector in the development of a "flying car".