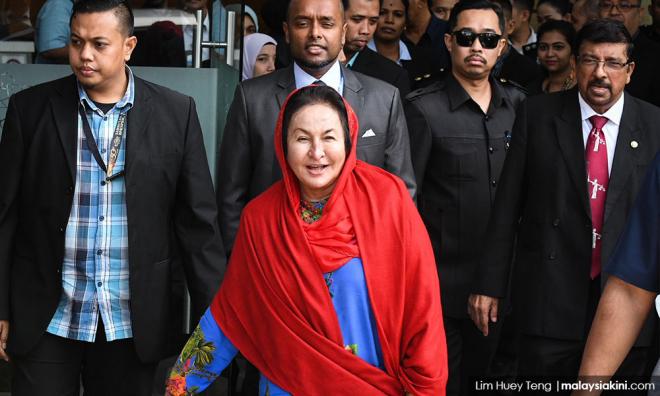 The application by Rosmah Mansor, the wife of former premier Najib Abdul Razak, for a stay of the decision transferring her corruption case over the solar hybrid project for Sarawak rural schools to the High Court will be heard on April 19.

The media was informed of the date by deputy public prosecutor Poh Yih Tinn after the matter came up for case management before Deputy Registrar Raja Shahril Anuar Raja Baniamin today.

On Nov 15 last year, Rosmah pleaded not guilty in the Sessions Court to two counts of soliciting RM187.5 million and receiving RM1.5 million for projects to provide solar energy to 369 rural schools in Sarawak.

The charge was made under Section 16(a) (A) of the Malaysian Anti-Corruption Commission Act (MACC), which provides for imprisonment up to 20 years and a fine of not less than five times the amount of the gratification, or RM10,000, whichever is higher, upon conviction.