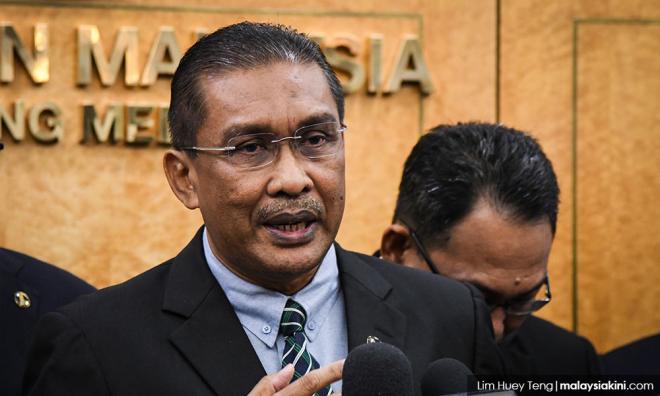 PAS sec-gen does not intend to quit PAC

Kota Bharu MP Takiyuddin Hassan (above) has clarified that he does not share BN's threat to quit the Public Accounts Committee (PAC) should it not be headed by an opposition lawmaker.

The threat was made by opposition leader Ismail Sabri Yaakob on Monday. He also spoke on behalf of PAS.

When Takiyuddin was asked today if he had submitted his resignation letter to the committee, he replied: "No. I don't intend to".

Currently, there are four opposition MPs in the 14-member PAC. Two are from BN and one each from PAS and Gabungan Parti Sarawak. Takiyuddin is also the PAS secretary-general.

With Takiyuddin's position clarified, it would mean that only BN MPs have threatened to quit.

The PAC was originally helmed by Ronald Kiandee when he was still a BN MP. He defected to Pakatan Harapan component party Bersatu earlier this month.

Prime Minister Dr Mahathir Mohamad had indicated that he does not intend to replace Kiandee in the near future.

However, he said the duo did not attend the ongoing PAC hearings today.

"I don't know. I only decided they should quit. Whether they have put in their letter, I haven't checked," he said.

Following Kiandee's defection, some backbenchers have urged Harapan's leadership to uphold the coalition's promise to reserve the PAC chairperson-ship for the opposition.