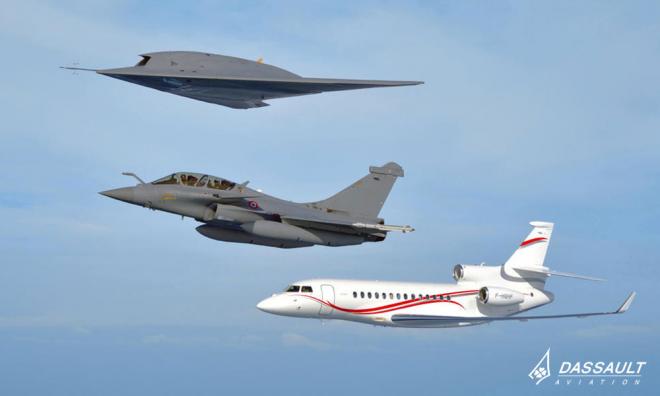 European fighter jet manufacturers remain optimistic about penetrating the local market despite the government's remark that it may look to China for its fighter jets.

Switching to China was suggested as a possible measure if the European Union (EU) proceeded with its plan to ban palm oil usage in biofuel within the bloc.

Nevertheless, the French company, which is famous for its Rafale fighter jets, would remain optimistic in marketing its products and pursuing its target in Malaysia, he said.

“Whenever we have issues like this, we will stay focused and continue having dialogue and discussions.

“We have been in Malaysia for 10 years now. We decided to come because we understand there is a need from the Malaysian air force (RMAF) to own a fighter jet. We have placed our proposals previously and we will continue to follow these prospects,” he told Bernama when met on the sidelines of the Langkawi International Maritime and Aerospace 2019 (LIMA'19) here.

Prime Minister Dr Mahathir Mohamad, who said on Sunday the government might take retaliatory measures by switching to China for fighter jets, later clarified that the government had no plans to buy aircraft from China as of now and the statement was only a suggestion.

BAE Systems International sales director for Typhoon and Hawk, Andy Lavin, said the issue would not have any impact on the United Kingdom (UK)-based company as it had been a trusted and proven defence security partner in Malaysia.

The UK’s position on palm oil, he said, had always been consistent over the years, especially in promoting sustainable palm oil production.

“We have a good track record; even the RMAF is using our Hawk. Our stand is clear; we are all for sustainable development and against deforestation, especially when it involves the lost of habitat for orangutans.

“The UK is leaving the EU soon and we will not be subject to EU legislation; we will be independent in terms of making law for our own land, so we won't worry about the future,” he said.

Meanwhile, head of communications of Saab AB (Sweden) Asia Pacific, Robert Hewson, said the purchase of aircraft was a sovereign decision of Malaysia and he believed that the government would act in the best interest of the country.

He said the matter could be resolved and both Malaysia and the EU must continue its negotiations in finding out the best solutions for both sides.

“All we are saying is we offer our best products and the best modern technology to the world. Of course, there are issues coming up but we believe they can be resolved through negotiation,” he added.

The European Parliament is reported to be in the process of banning the use of palm oil in biofuel while retail networks in Britain and Iceland have announced that they will stop using the commodity.

Malaysia is one of the top producers of palm oil in the world. Malaysia and Indonesia produce almost 90 per cent of the world’s palm oil.