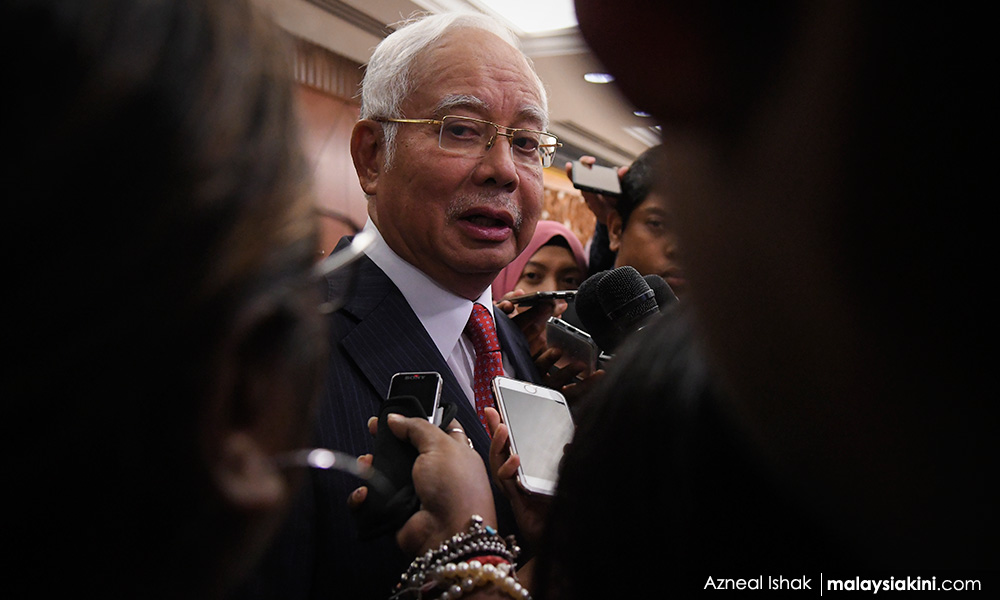 Putrajaya must first confirm the veracity of 'leaked' MACC investigation papers on the Penang tunnel project before harping on the allegation that the previous administration tried to sell the Malaysia Building in Hong Kong, Najib Abdul Razak said today.

In a Facebook post, the former premier also demanded an explanation on why no action had been taken in relation to alleged graft in the tunnel project, despite six investigation papers being opened by the MACC.

"Some of the confidential MACC investigation papers have been leaked, and this itself is a serious issue.

"The owner of the company which got the project concession has claimed that he had paid a bribe and promised to give 10 percent stake for the RM6.3 billion project to a senior DAP leader.

"According to the company owner, said DAP leader has also promised to award him the project before the Request for Proposal (RFP) tender was open. Are these (points) so hard to understand?" he asked in his post.

Najib once again referred to the Penang tunnel when asked to respond today to the allegation that his administration tried to sell the Malaysia Building.

The former premier tried to goad Finance Minister Lim Guan Eng into answering claims made by the UK-based blogger Raja Petra Kamaruddin on the project.

Raja Petra had published documents he claimed were witness statements from an MACC probe into the project on his blog, which allegedly implicate Lim and other DAP leaders of having received kickbacks.

Zarul described the claims as "nefarious" and "pure fiction," given that he was never charged for graft after investigations into the matter concluded when Najib was still in power.

Confirm or deny the veracity

In his Facebook post, Najib claimed that several opposition MPs have repeatedly pressed for answers in Parliament on allegations relating to the Penang tunnel, but to no avail.

"Do Harapan and DAP not have to explain if the leaked MACC statements are real or not?

"Do Harapan and DAP not have to answer why the investigation papers (into the tunnel project) have been sitting in the AGC since last year, with no attempts towards prosecution or closing the case, being made?

"Does the rakyat not want Harapan to be transparent and fair?" he wrote.

Earlier this month, the MACC said that of the six probes, five had been referred to the deputy public prosecutor.

Two of these papers were still being studied by the DPP at the time, and three returned to the commission for further investigation.

Addressing the Malaysia Building, Najib pointed out that there is no MACC probe into the attempted sale, nor any allegations of misconduct.

In Parliament on Monday, Najib also bypassed Lim's questioning on the government building in Hong Kong, and asked the latter to first explain the tunnel project.