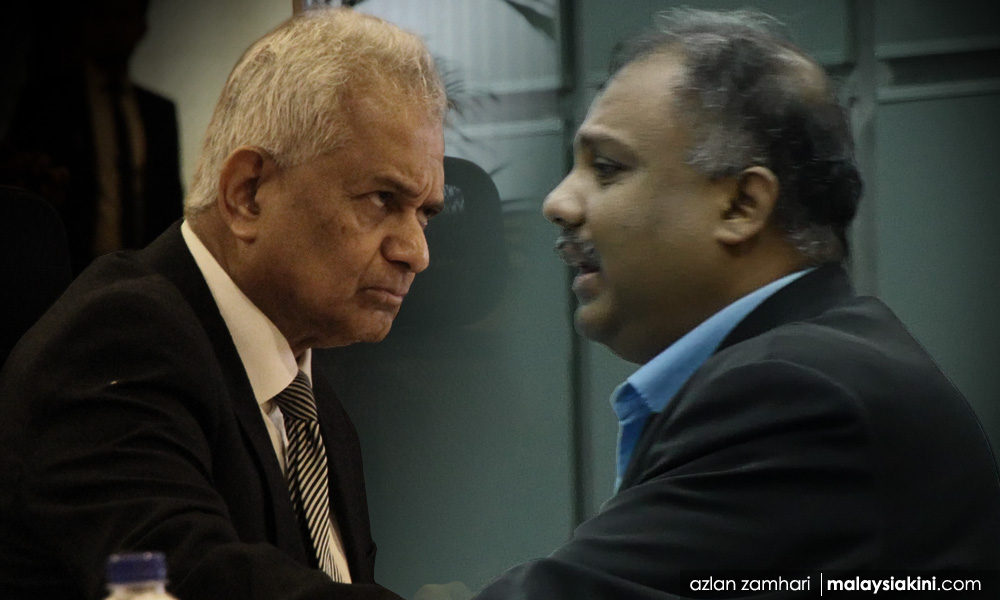 Testifying in contempt proceedings against him before the Federal Court in Putrajaya today, lawyer Arun Kasi maintained that he had not scandalised the courts in two articles of his published on an NGO’s website.

Though being significantly edited versions of his original statements, he said that in substance, the pieces showed that he had written them in good faith and in public interest with no intent to attack the judiciary.

arunkasi
tommythomas
federalcourt
contemptproceedings
Related Reports
UN must intervene in contempt case against Arun Kasi
a year ago
Lawyer vows to challenge contempt case by AG
a year ago
Contempt bid will reflect negatively on judiciary, AG told
a year ago
AG cites lawyer for contempt over Federal Court's decision
a year ago