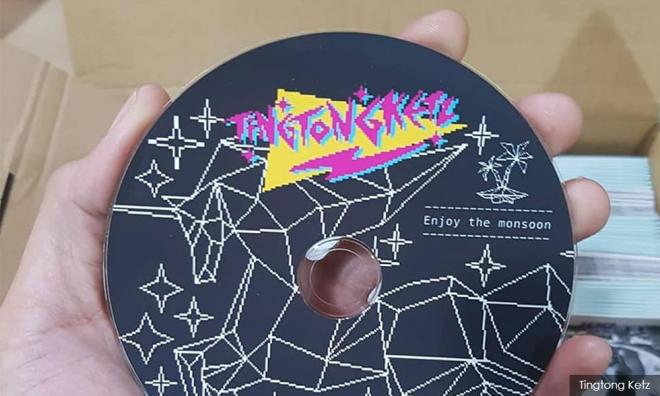 Shika Corona strums her guitar on a Kuala Lumpur stage, the crowd dancing as she launches into a chorus, “Gender doesn’t lie between your thighs!”

Shika, 42, is the transgender singer and guitarist of Tingtong Ketz, a Malaysian three-piece band whose upbeat songs about queer and transgender life are unique in the strait-laced Southeast Asian nation.

“She loves me so much, she didn’t want me to burn in hell,” Shika said, describing how her mother’s request to reverse her gender transitioning process inspired her song “Berubah”, which means “to change” in Malay.

Many of her songs deal with the experience of not being accepted in a conservative Muslim family and society, said Shika, who founded the band in 2015.

“I couldn’t be myself or express myself,” she says of growing up transgender.

Shika, who is also a designer and visual artist, said she was inspired to pursue music after visiting Japan on a scholarship in 2014.

“In Japan, I saw so many girls carrying guitars,” she said. “I thought it was so cool and it inspired me to stick to my dream of starting my own band.”

She cites Laura Jane Grace, the transgender frontwoman of US punk band Against Me!, as musical inspiration, as well as another Malaysian LGBT band named Shh...Diam!, or “Shh...Quiet!”.

Its guitarist plays the drums for Shika’s band, and the two groups often play gigs in the few LGBT safe spaces around the Malaysian capital.

“A lot of kids we play to...they’ve never met queer people before, they don’t have queer friends,” said Faris Saad, the transgender lead singer of Ssh...Diam!

“We understand that and we answer every question that people ask us.”

This month, a minister and other Muslim groups protested after LGBT activists attended a march for International Women’s Day.

Despite the risks, Shika said she was not worried about her public visibility.

“We just want to have fun playing,” she said.