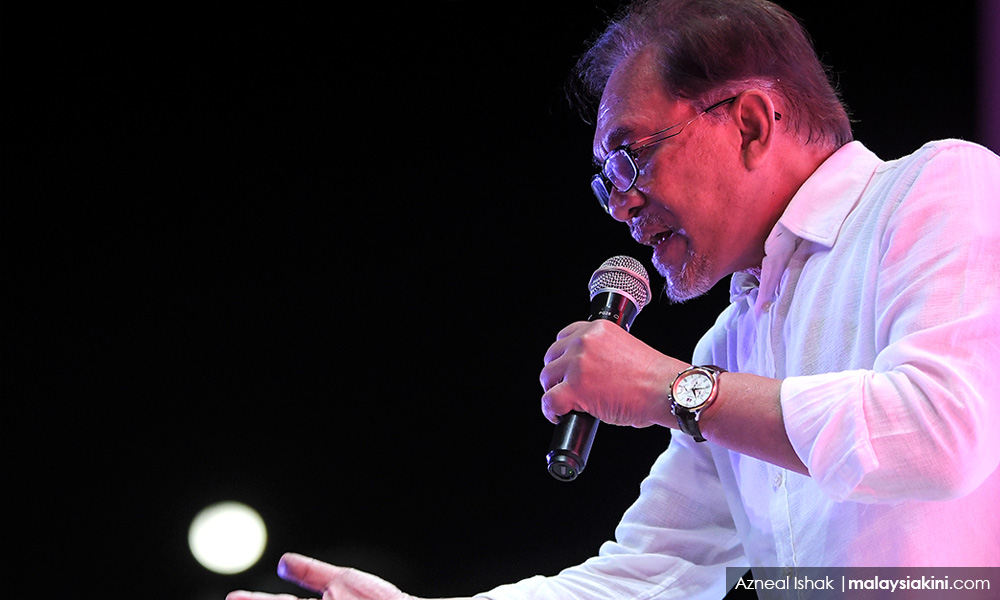 The differences in opinion within PKR is only a small issue and does not affect the campaign for the Rantau State Assembly seat by-election.

PKR president Anwar Ibrahim said what was important now was that the focus should be on the Rantau by-election, including gaining victory for Pakatan Harapan.

“(It’s) A small matter, we focus on the election, differences of opinion are allowed... the difference of opinion is small but now we have to focus on the Rantau by-election and economy. I am consistent on this.

“Everyone has agreed to campaign and there is no need to fight,” he said after meeting the party machinery for the Rantau by-election yesterday.

On March 22, Nurul Izzah Anwar resigned from the Public Accounts Committee (PAC) following a disagreement over the leadership of PAC.

The Rantau by-election was called after the Federal Court on Feb 18 dismissed the appeal of former Negeri Sembilan menteri besar Mohamad Hasan to set aside the decision of the Seremban Special Election Court which declared his victory in Rantau in the 14th general election as null and void.

anwaribrahim
rantau\
Related Reports
Use the Rantau by-election to fight racism
a year ago
EC sends voter's cards to 20,922 Rantau voters
a year ago
Look at my track record before calling me a racist - Mat Hasan
a year ago
Yoursay: Will Streram’s humanitarian work help him win Rantau?
a year ago