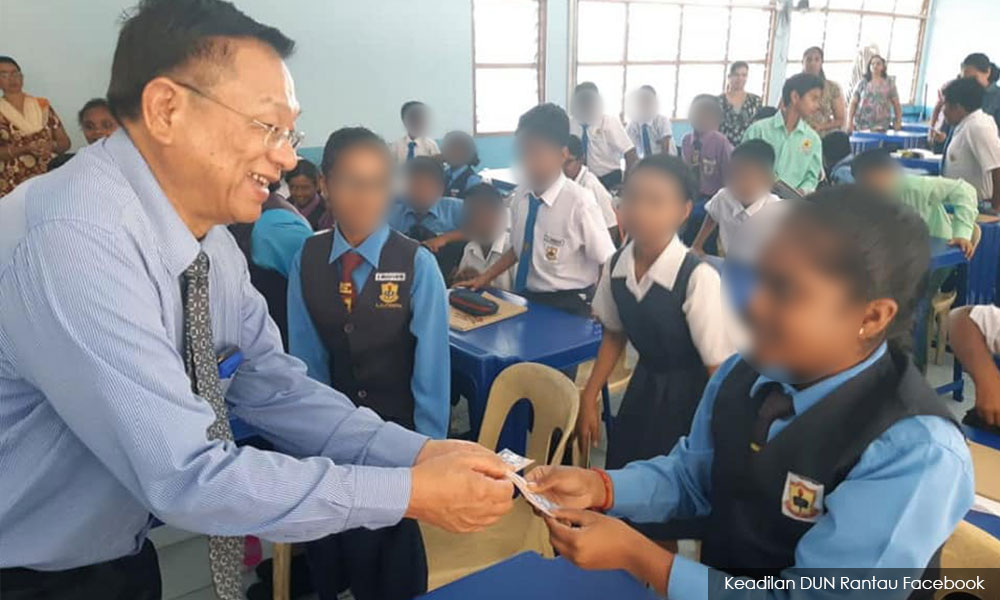 Bersih has called out Pakatan Harapan's Miri MP Michael Teo for treating underprivileged children from five schools in Rantau to free food coupons ahead of the state constituency by-election.

In a statement today, the electoral watchdog said Teo had violated Section 8 of the Election Offences Act 1954 and other provisions which dealt with undue influence by treating and offering handouts "before, during and after an election".

Bersih said the interpretation of "before an election" should start the moment a constituency is declared as vacant, instead of from nomination day.

"It would be reasonable to assume that all unscheduled political activities carried out in the constituency are done for the purpose of fishing for votes, especially so with a candidate in attendance.

"Bersih is of the opinion that all forms of treating, undue influence, bribery and promotion of ill-will and hostility, from the point a seat is vacated, constitute an election offence.

"Thus, it is our view that the offence of treating was committed by the Miri MP in this instance," Bersih said.

Bernama had quoted Teo as saying that the free food coupons programme was carried out at the request of Harapan's by-election candidate Dr S Streram, who is also the constituency's PKR coordinator.

Streram was reported to be present at the event where coupons were given to approximately 300 pupils from five schools in Rantau with each of them receiving donations ranging from RM50 to RM150.

It is up to the relevant authorities, Bersih said, to act on the alleged offences and for the court to interpret the election law.

It added: "We urge the Election Commission (EC) to take all necessary steps for redress and ensure that all parties adhere to the Election Offences Act."

Meanwhile, in a separate statement, EC chief Azhar Azizan Harun urged all parties to observe election laws and ethics during the Rantau by-election campaign, which begins on nomination day tomorrow and ends on April 12. Polling day is April 13.

Activities such as treating food and beverage or handouts of gifts or money, constitute an offence in the Election Offence Act, his statement said.

However, Azhar did not specify any person or act in the statement.