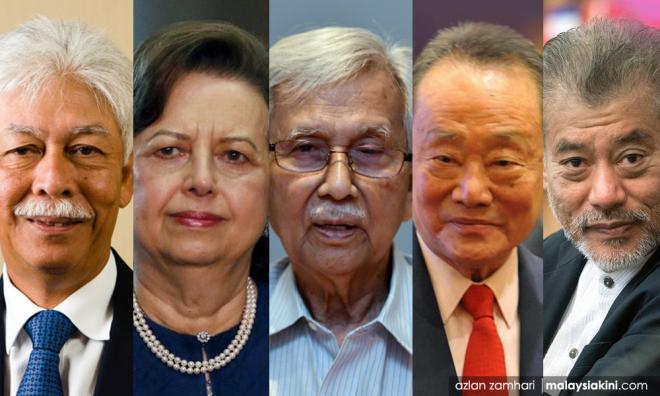 NGOs demand release of CEP report, even if redacted

A group of 54 NGOs have urged the federal government to declassify the Council of Eminent Persons (CEP) report, even if it means redacting sensitive materials.

The NGOs said that the report, along with that of the Institutional Reforms Committee (IRC), was aimed at reforming the government, and should therefore be subject to public scrutiny.

Sensitive financial and other confidential information can be redacted if deemed necessary, the groups – including Bersih, Gerakan Media Merdeka, and the Centre to Combat Corruption and Cronyism – said in a joint statement yesterday.

In view of the government's decision to withhold the report, some of the NGOs that contributed to the IRC are making their submissions public.

"In line with civil society's stand that information of interest to the nation must be freely available and accessible to all, CSOs and individuals who have contributed to the IRC shall provide our individual submissions for public consumption," the statement read.

Meanwhile, the NGOs also demanded that the federal government perform a "comprehensive review" of the Official Secrets Act 1972 that was used to classify the CEP report.

The groups said that the law must meet international standards on freedom of information, with its applicability limited to matters pertaining to national security, defence, international relations and other narrowly defined criteria.

"The OSA is a deeply flawed law that has been misused and abused to hide criminal acts and government misconduct.

"It has been used to classify all manner of documents secret, including highway and water concession agreements, city council minutes and the air pollution index.

"The OSA, as it stands, is the ultimate symbol of a government with something to hide, and that has no interest in being held accountable."

The NGOs also demanded that the federal government enact a Freedom of Information Act immediately.

The CEP and IRC reports were submitted in August. At the time, Prime Minister Dr Mahathir Mohamad, who established the two groups, had decided not to make the documents public.

After it was recently revealed that the CEP report was classified as a state secret, Mahathir explained that this move was necessary over fears that its content may complicate ongoing negotiations.

Previously, CEP member Jomo Kwame Sundaram had expressed concern that the contents of the report might be open to abuse. However, his position has since changed.

councilofeminentpersons
Related Reports
Mahathir asks for more time over CEP report's classified status
a year ago
Daim: CEP report can be public but not my call to make
a year ago
Will the rakyat go mad if they read the CEP report?
a year ago
Hanipa: CEP to remain classified, OSA won't be abused
a year ago