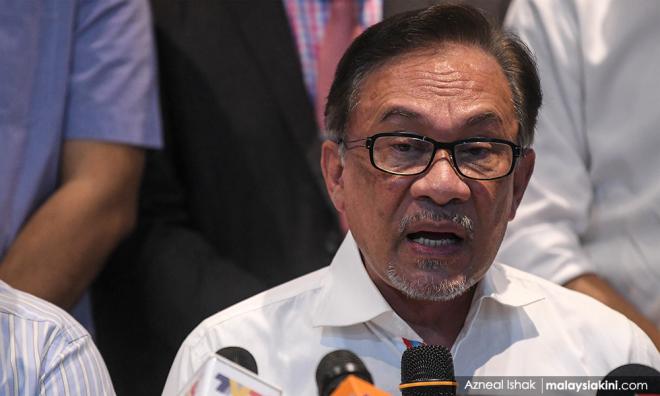 CEP report: Anwar urges all to give PM space

All parties should give Prime Minister Dr Mahathir Mohamad space to resolve some of the recommendations by the Council of Eminent Persons (CEP) before publishing its report to the public.

PKR president Anwar Ibrahim said although, in principle, Pakatan Harapan wanted the CEP report to be published, there were some recommendations which could be implemented that needed to be identified so that it could be explained to the people.

The Port Dickson MP said this to reporters after a dialogue session with the Padang Terap district rubber tappers in Pengkalan Tok Mas near Padang Terap today.

Anwar was commenting on Mahathir’s statement yesterday that the government cannot make CEP’s 100-day report ­public as some matters were still at the consultation stage.