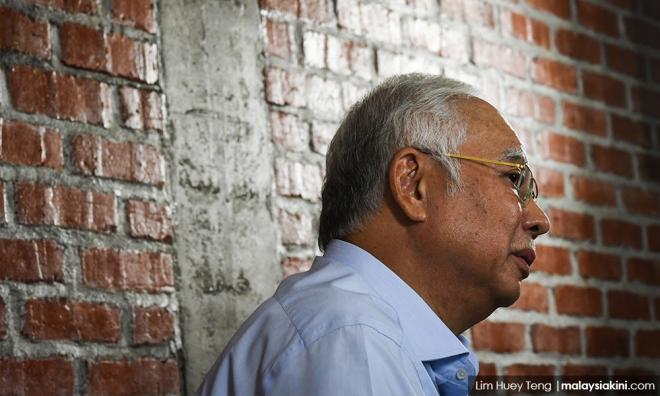 Two days ahead of the start of his money-laundering trial, former prime minister Najib Abdul Razak has been slapped with a hefty bill of RM1.5 billion by the Inland Revenue Board (IRB).

The Edge Markets reported that the bill, for the period of 2011-2017, is on top of the amount the Pekan MP had paid based on his declared income for the seven years.

Najib had been notified of this in a letter sent by the IRB over a week ago, a source told the business daily.

According to the source, IRB investigations have assessed that Najib had not declared a taxable income of about RM4 billion for the said period, and this includes the RM2.6 billion that local and US investigators say originated from 1MDB.

Najib has insisted that the money was a donation from the Saudi Arabian government.

A tax expert told the daily that regardless of whether the billions that went into his accounts are proven to be stolen or a donation, it would still be considered taxable, and it would be considered an offence for him to not declare it as income.

A total of 42 criminal charges

“If the income is illegal proceeds, it is up to other agencies like the police or MACC to investigate if a crime has been committed.

“As far as IRB is concerned, it’s subject to income tax,” he was quoted as saying.

Najib is facing a total of 42 criminal charges, 10 of which are related to SRC International, a former subsidiary of 1MDB.

These include three money-laundering charges involving RM42 million, three counts of criminal breach of trust, and one count of abuse of power.

Najib is also due to face his 1MDB-related charges in the middle of this month.