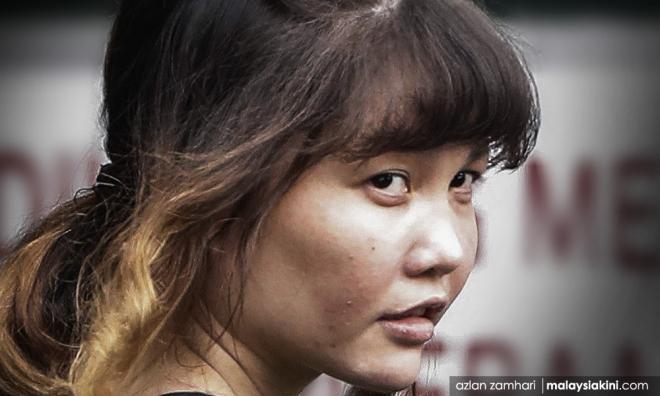 A Vietnamese woman accused of killing the half-brother of North Korean leader Kim Jong-un escaped the death penalty on Monday, after Malaysian prosecutors dropped a murder charge against her.

Doan Thi Huong, 30, was offered an alternative charge of causing harm, which she pleaded guilty to. A judge sentenced her to more than three years in prison, though her lawyers said she could walk free as early as next month.

Huong and an Indonesian woman, Siti Aisyah, were charged with killing Kim Jong-nam by smearing his face with VX poison, a lethal chemical weapon, at Kuala Lumpur's main airport in February 2017. Siti Aisyah walked free last month after prosecutors dropped the charge against her.

South Korean and American officials have said the North Korean regime had ordered the assassination of Jong-nam, who had been critical of his family's dynastic rule. Pyongyang has denied the allegation.

Malaysia had come under criticism for charging the two women with murder - which carries a mandatory death penalty in the country - when the key perpetrators of the attack were believed to be still at large.

Prosecutors on Monday offered Huong an alternative charge of 'causing hurt by dangerous weapons or means'. The reduced charge was offered after receiving representations from the Vietnamese embassy and the woman's lawyers, they said.

Vietnamese officials in court broke into applause after the ruling. Wearing a red baju kurung, and a headscarf, Huong stood and nodded as the judge delivered the sentencing.

She later told reporters after the ruling that she would like to pursue singing and acting after she's freed.

"I'm very happy. I want to sing and act," she said, beaming at reporters gathered around her.

Before her arrest, Huong was working at an entertainment outlet, Malaysian police have said. A woman bearing a close resemblance to Huong sang on the Vietnam Idol talent show in June 2016.

Speaking from her rural family home in the Red River delta, 130 km (80 miles) from Hanoi, Huong's stepmother Nguyen Thi Vy said the family was most worried about the death penalty.

"No death penalty is good enough for now," said Vy, who works as a cleaner at a local market and raises ducks and chickens for extra income.

To walk free next month?

Huong, who has already served two years in jail, could be released by May 4 as Malaysia allows one-third remission off all prison sentences, her lawyer Hisyam Teh said.

He said Huong had been "naive and gullible" but she was not a criminal. Some of the North Korean suspects in the case "exploited her weaknesses... to carry out their evil design," he said.

Defense lawyers have maintained the women were pawns in an assassination orchestrated by North Korean agents. The women said they thought they were part of a reality prank show and did not know they were poisoning Kim.

Four North Korean men were also charged, but they left Malaysia hours after the murder and remain at large.

Three other North Koreans wanted for questioning in Malaysia were sent back to Pyongyang in a swap-deal after North Korea refused to release Malaysian diplomats trapped in their embassy in Pyongyang if they were not returned, along with Jong-nam's body. Malaysia has not re-staffed its embassy.

Jong-nam was living in exile in Macau before the killing, having fled his homeland after his half-brother Kim Jong-un became North Korea's leader in 2011.