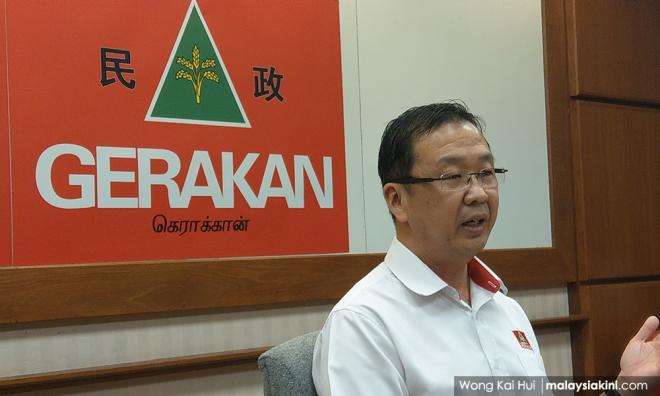 Former BN component party Gerakan has urged the government to come clean on its stance on Lynas' operations in Malaysia.

In a statement, Gerakan president Dominic Lau pointed out the contradictory statements given by Pakatan Harapan leaders about the fate of the Australian rare-earth mining company.

"Harapan is divided over Lynas; its leaders continue to contradict among themselves openly.

"I call on the Harapan government to clarify to the public on whether Lynas is safe or not, and whether it will continue to allow Lynas to operate," Lau said.

He specifically referred to the Mestecc minister's position that Lynas' radioactive Water Leach Purification (WLP) waste must be sent out of the country.

Redzuan's comments came hours after Mestecc deputy minister Isnaraissah Munirah Majilis reiterated to the Dewan Rakyat that the ministry wants Lynas to send the WLP waste out of the country.

On Saturday, Redzuan also raised eyebrows when he said that the government would allow Lynas to continue its local operations in the interest of foreign direct investment.

Subsequently, Bentong MP Wong Tack, who is among the key figures in the anti-Lynas movement, told Redzuan not to interfere in affairs that are not under his jurisdiction.

Redzuan had said the government was prepared to shut down Lynas if reports deem it to be unsafe, but he added that the reports that have been commissioned did not make such a finding.

A review committee had found elevated levels of heavy metals in the groundwater around the Lynas plant. However, it did not conclusively identify their source and instead recommended further investigations.