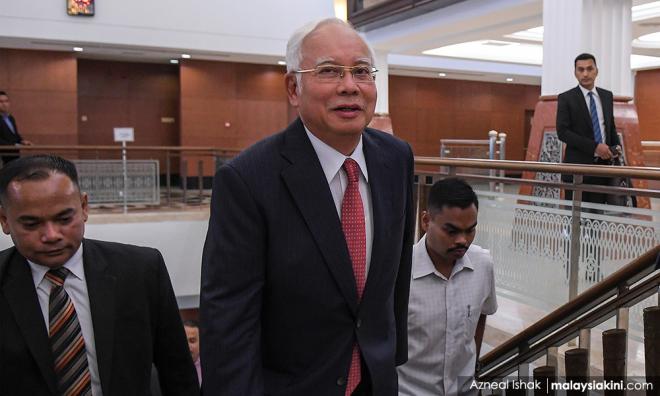 The matter was disclosed by one of Najib’s lawyers, Harvinderjit Singh, when the former premier’s corruption case involving 1MDB funds of RM2.28 billion, was mentioned before High Court Judge Collin Lawrence Sequerah in Kuala Lumpur today.

He said the application was filed at the Federal Court this morning, but no date was set for case management.

On March 27, Federal Court seven-man panel, led by Chief Justice Richard Malanjum, lifted the stay of proceedings order granted by the Court of Appeal to Najib, which he filed on Feb 8, to temporarily stall the trial pending disposal of his appeals over his interlocutory matters.

Earlier, senior prosecutor Gopal Sri Ram informed the court that the prosecution had received the reply from Chief Judge of Malaya Zaharah Ibrahim for their application letter dated March 29 to have priority given to the SRC case rather than to the 1MDB case.

“We received her reply today, in which she stated that the decision to put the (1MDB) case on hold is at the discretion of the court,” he said.

As such, Justice Collin decided that the trial of Najib’s 1MDB case would begin in the first month of May, depending on the schedule of the SRC case, which will begin on Wednesday.

The 1MDB case trial was initially slated for April 15 to May 3.

On Sept 20, 2018, Najib was charged with four counts under the MACC Act and 21 counts for money laundering involving 1MDB funds amounting to RM2.28 billion.

He was alleged to have committed the offences at AmIslamic Bank Bhd in Jalan Raja Chulan, Bukit Ceylon, between 2011 and 2014.